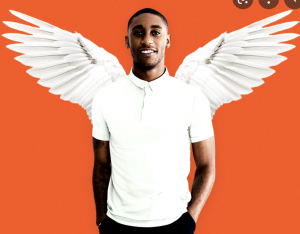 Every guy loves the experience of meeting an awesome girl and hitting it off with her for the first time. And that experience is even better if you are out with your buddy and you both meet girls! Going out to hit on girls together is one of the best ways to bond with your boys. So if you’re gonna do it, you might as well do it right! This guide will walk you through every step of the process of having a great night out with the guys and hopefully meeting some nice ladies.

Find a wingman who is similar to you in every way except his looks. Your wingman should dress similar, have similar style, similar socioeconomic status, similar interests, similar vernacular, etc … But make sure your wingman doesn’t look too much like you. For example, if you are a 5’10, in decent shape, brown hair, brown eyes, dark features, european looking, don’t go out with a guy who has all those same features, but is 6’2 with a stronger jaw line and a fuller head of hair. If that guy is 6’2 with blonde hair and blue eyes that is fine because he is fundamentally different looking look. There was a social experiment conducted that asked women to rate the attractiveness of a man alone verses with a friend. They first rated how attractive they found him on a scale of 1-10 and then put that same man next to another man and rated him again. If the men were fundamentally different looking, the rating did not change, but when both men had similar features, the better looking one improved his score by 2 points while the uglier one lost 2 points on the scale. So if you think you’re a 7, and you go out with a guy who looks like you and is a 8, you’ll end up looking like a 6, while he’ll end up looking like a 10. On the flip side, if you’re really good looking and want to be cruel, find a wing who looks like you but is slightly uglier and you’ll get all the chicks.

Your wingman needs to be able to read women’s nonverbal signals so you can tell who the girls are into. Don’t get jealous! If your girl is giving your wing more love, let him have her. Don’t get butt hurt and cock block him.

The size of the group of women you and your wing decide to approach is very important. I you’re a group of two (you and your wing) approach groups of even numbers. (2,4,6). If you’re squad is odd (you’re solo or its you plus 2 wings) approach groups of odd numbers (1,3,5). You never want to have a 5th wheel situation because it will usually destroy the interaction. One person will be left out of the conversation or one of you will be forced to talk to 2 girls at the same time which is never ideal. If you’re stuck in one I these 5th wheel situations, you’re only option is to quickly improvise a wing by finding someone (man or woman) nearby and dragging them into the conversation.

The last thing you want to do is have a group conversation go on for more than a couple minutes. If this happens, the interaction will go nowhere because the women won’t know who is interested in who. If they like both of you, they will decide for you by pairing off but most women are not this aggressive and the interaction will quickly die out. You need to get 1-on-1 with the girl you like. If you can take one girl to the bar to help you grab drinks or isolate her somewhere else in the venue that is great, but just turning your body away from the center of the group will also work. Another option is to talk a little softer so only she can hear you and ask a personal question unrelated to the group to signify to everyone else that you’re singling her out. Once you and your wing are both isolated, stay isolated as long as possible. If you can remove your girl completely from her friend that is even better.

If you’re going to approach together, you need to include your wing in the opening line. For example, I was with a buddy one evening when we saw two cute girls sitting on a bench in front of a bar. When we saw them we agreed that hitting on them was definitely in the cards, but we had just come from a seafood dinner and we both had nasty breath. So we decided to postpone our approach and get some Tic Tacs at the store first. We walked back together and I opened them by saying “We were walking by and saw you guys sitting here a few minutes ago and we were gonna hit on you but we just had a seafood dinner and our breaths were really nasty so we decided to get some breath mints first, and now we are back to officially hit on you … I’m Robbie and this is Pablo.” They cracked up and we immediately sat down next to the one we liked. That is how I recommend approaching with a wing, be direct and use the Play-By-Play Approach™. Another great Play-By-Play is to walk up to a group by yourself and say “Hey I’m here all alone so I wanted to invite myself into your conversation … Wait! Actually I’m lying, my friends are over there but you guys are way better looking and you don’t have penises.” If you are hanging with a bunch of dudes, then this is what is actually happening and if you deliver it right, they will crack up. Tell your wing to observe and if things are going well, advise him to come over within a minute of your approach, pretend to ask you a question and you can introduce him to the group. If your wing enters the group after you, always introduce him right away. Don’t let him stand there awkwardly, it will make both of you look like social retards. The scenario that is the hardest to pull off is the grenade situation. If you see a girl who you really like, but her friend is an ugly troll, walk over and open by yourself. “Hey I was saw you and I had to risk embarrassing the hell out of myself in front of your friend to meet you.” This can be a problem for the first 30 seconds because the troll will have nothing to do and will feel like the 3rd wheel. Hopefully she will give you time alone with your girl, but if you have a wing, you can use him. When your wing comes over you have to do things a little differently. You can’t just introduce him because it will be obvious to her friend that he is only coming over to talk to her while you isolate her friend. She won’t feel special an she might even feel jealous that she wasn’t the one swept off her feet by a really confident guy. So you have to call that out to alleviate the awkwardness. After your approach goes really well and you can tell your girl is into you say “Hey I wanna talk to you for the next 32 seconds but I don’t wanna make your friend stand here bored so I have the perfect solution, my buddy is gonna come over and distract your friend long enough so I can get you to fall in love with me without her cock blocking me, (they should be absolutely cracking up) wave your wing over, introduce him to her friend and it should be smooth sailing.

If you are getting love from your girl, don’t ignore your wing. You need to frequently check-in to make sure things aren’t awkward between him and his chick, especially in the first 5-10 minutes. Do this subtly of course. If they are sitting silently and not talking it means he is drowning. Don’t allow this to happen for more than a few seconds after noticing. If you ignore it, her friend will get bored and cockblock you by stealing your girls attention. To save this from happening simply start talking to the whole group again, announce you have to leave and then turn to your girl and whisper “It looks like our friends aren’t really hitting it off, clearly you are in love with me so give me your number and we’ll hang out soon. Or if I’m way off and you’d rather have me dead, give me a fake number and I’ll never know the difference!” 😉

Rule 7 – Jumping On The Grenade:

Don’t expect your wing to jump on more than one grenade per night. If you see your dream girl hanging out with her friend Quasimodo, you can ask him one favor to entertain the grenade for a maximum of 10 minutes. If you zone out because you’re having so much fun with your chick, it’s only a matter of time before one of these two things happen:

Approach groups of girls that are in the same league as each other. You’ll both have more fun.

When you’re with your boys, it’s great to make fun of each other, throw each other under the bus and make each other look stupid. It’s how guys have fun with each other. Don’t do this when you’re out with women. Women don’t really get as much enjoyment from this humor and it will make you both look like d-bags. Do the opposite, brag about how awesome your friend is, talk him up, make him look good. If you both do this for each other it doesn’t come across as bragging and will increase your chances with the ladies.

Inner Confidence is a men’s lifestyle self-help service provider, founded by Robbie Kramer, with a suite of products and content, including coaching, mentorship, and information products on dating, … END_OF_DOCUMENT_TOKEN_TO_BE_REPLACED