My favorite time to flirt with women is during the day, when I’m just going about my business.

The dating community calls this “daygame.”

The problem with daygame is that it can be really awkward if there are a bunch of people who can overhear your conversation.

You don’t really have to worry about this at a bar, club, or lounge because the music is loud and it is socially acceptable to hit on a girl in these types of venues.

But what about on the subway, in a crowded bus, in line at a Starbucks, or at a store in front of her coworkers?

In these situations, I use a neat little undercover trick to hit on her without anyone else knowing.

I write her a note!

Here is a recent example from a client:

He was flying from Tahoe/Reno to Los Angeles and he described his flight attendant as a hilarious and adorable red head. She was cracking non-stop jokes while going over the safety features and had the entire plane cracking up and applauding her speech.

He didn’t want to blatantly hit on her while she was serving drinks and it was such a short flight that he didn’t have enough time to approach her while she was in the galley so he waited to de-plane and handed her his phone with this pre-written note just before he got to the door. 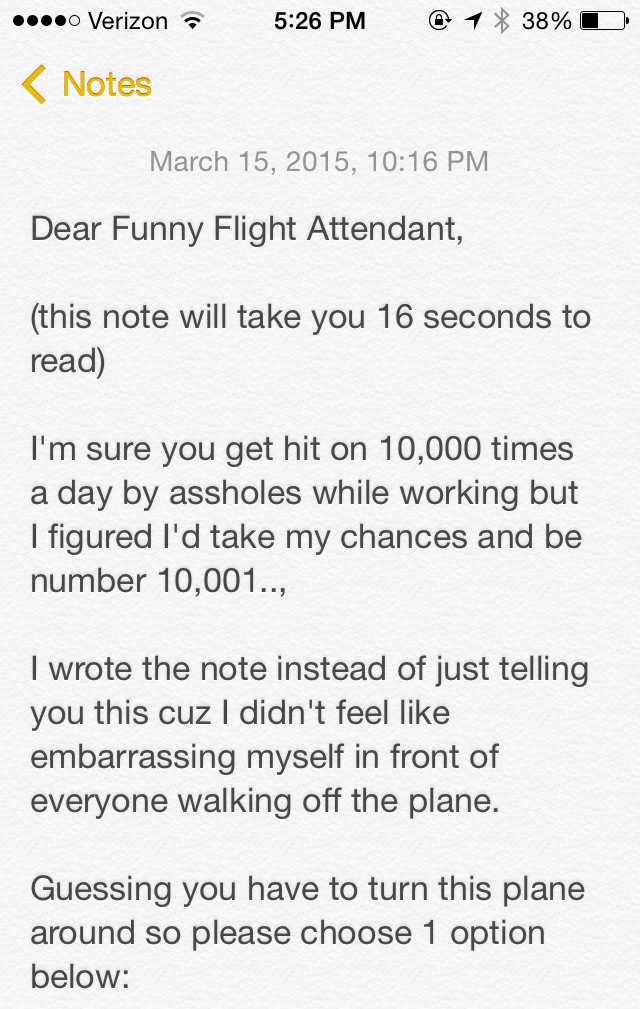 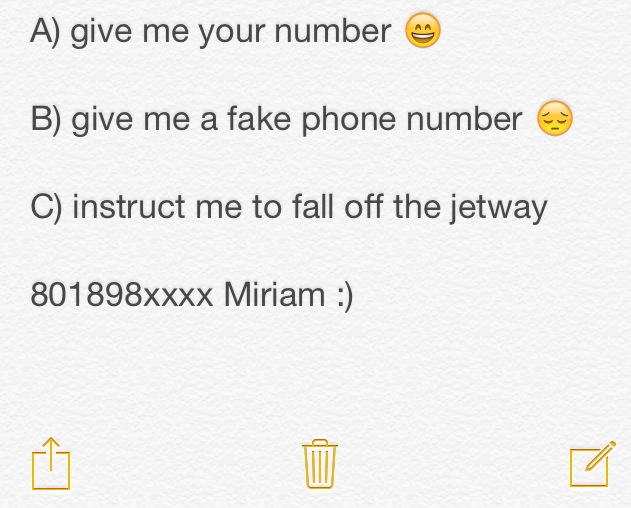 As you can see, she inputed her number.

He x’d out the last 4 digits for obvious privacy reasons.

Here’s another great example of something you could write out and use in almost any situation.

I wrote this one out for you so you can save it right to your smart phone.

Most women find this hilarious, creative and it works!

I’d love to see some of my loyal readers do this and post some proof in the comments below.

And don’t forget to pick up a copy of my free Daygame EBook I mentioned above to learn other fun ways to meet women during the day.

130 episodes
Ready to take your lifestyle to a whole new level? Discover all the benefits of upgrading to a Leverage Membership.

Does Any Of This Sound Familiar... I’m a pretty successful and accomplished dude, but when I get around really beautiful women, its like my mind goes blank and my IQ drops 50 points. I can’t … END_OF_DOCUMENT_TOKEN_TO_BE_REPLACED