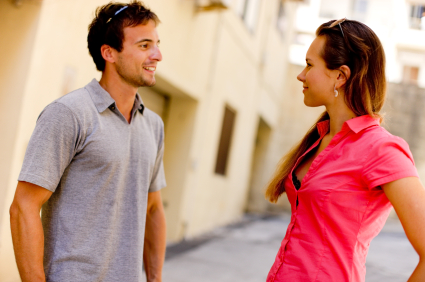 You’ve heard me say it over and over, but if you expect to get results and you’re not crushing approaches or already dating multiple women, it’s just not gonna happen.

If you wanna get good at basketball you’ve gotta take a ton of shots right? You can’t expect to show up at the court, stand around with the ball and expect to improve can you?

Well, that’s what many of you guys are doing, and then whining that you suck and the program isn’t working. That line of thinking is actually offensive to guys who have put in the work. Robbie crushed 10k approaches by the time he was in his late 20’s. Now he never has to approach anyone because he paid his dues.

Confidence isn’t a switch you flip because you feel like it. It’s something you develop over thousands of repetitions. Confidence occurs as the byproduct of developing your skills.

Here’s what you can expect in terms of objective results when you start making approaches:

Let’s take Leverage Program member Joe as a case study. I met him in 2007 at a workshop Robbie was leading in Phoenix. He didn’t sign up, and didn’t reach out again until 2014, when he signed up for the Leverage Program. He spent his first six months in the course downloading lessons into his brain and getting crushed in the group for douchey behavior. He did a great job taking the feedback without getting angry or salty. He lost some weight then grew a cool beard then approached like crazy. Now he’s consistently banging 6’s and the occasional 7+. See how that works guys?

Meaningful life change isn’t something you develop instantly as a result of being motivated. It only comes through baby steps and daily habits. You have to improve your social skills, physiological state, building relationships, and objectively achieve success with women. Focus on getting more reps, but ignore the 10,000 hour rule, because Malcolm Gladwell got it wrong.

Eventually, you’ll get to the point where you have the eye of the tiger. The eye of the tiger is an expression we use for a guy who has a lot confidence, has fucked a lot of women and isn’t intimidated by women.

When you reach this point in your game, you tend to use eye contact as your number one tool for approaching. Women will smell your confidence and you’ll notice them checking you out. You throw a seductive look their way and see how they react. If she gives you love, you walk over and just say hi. It’s often a done deal from there, granted you don’t say anything stupid.

Essentially, being an active member of the Leverage group and hitting on a TON of women will help you develop your eye of the tiger.

True confidence only comes from demonstrated performance. It’s hard to fool your subconscious mind, which is why gimmicks like NLP and positive affirmations are just a band-aid that ultimately fails.

Most guys overestimate how different they are from others. What this means is that you can simply take someone else’s path to success, and emulate it. Take the same actions that they took. Look to your mentors to build your identity. Do what they did. Do what works.

Inner Confidence is a men’s lifestyle self-help service provider, founded by Robbie Kramer, with a suite of products and content, including coaching, mentorship, and information products on dating, … END_OF_DOCUMENT_TOKEN_TO_BE_REPLACED