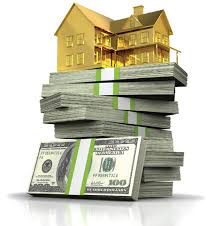 One of the topics Justin talked about at the workshop was the importance of going for bunts rather than swinging for the home run.  For you foreigners who don’t know what bunts and home runs are:

2) bunting is basically when you go for a series of safer wins with limited upside each time, rather than shooting for the unlikely win with huge upside.

Now I would relate this principle to my personal business experiences, where I stacked up a series of bunts to make big money in the end and contrast that with when I swung for the home run and missed…unfortunately, my business experience pretty much starts and ends with selling weed four times earning a total of like $30.

So in order to write something relevant I’m going to relate this idea to other areas of life, and how winning is pretty much always achieved through a series of bunts rather than one huge victory.

I’ll start with picking up women.

I’m guessing 9/10 people in this group are like me in that you couldn’t get laid, read a bunch of pua shit, never got results, kept reading stuff from more and more pick up artists, which eventually lead you to Robbie (thinking he was another pua).

If that sounds like you, then you probably had this fantasy of ‘once I read enough pua ebooks, I’ll be able to go to a bar, walk up to some smokeshow blonde with big titties, spit a few lines and be f*cking her in the ass an hour later… shockingly this has never happened to anyone ever.

It’s an example of the home run fantasy.  Rather than methodically stringing together reasonable wins, in this case talking to many women (even not hot ones), f*ckstick losers (like me) sit around dreaming about making it big overnight.

I’ve been a fatty my whole life.  Weight loss works the same way.

I’ve tried 1,000 different diets.  Every single time I’ve started a diet I go through the same fantasy in my head… I picture myself working out and eating right like a Rocky montage, developing a sick body THEN I’ll be able to walk up to that busty blonde and f*ck her in the ass an hour later.

It’s a two for one home run fantasy.

Keep in mind this all happens in my head while sitting on a couch, and shockingly I still have a belly.  You can’t work out REALLY hard, and eat perfectly healthy food for a few days and be fit, that’s exactly what the last few days of Justin’s fat camp have been.

The only way to lose weight overnight is liposuction, but broke people like me don’t have that kind of money and its way more affordable to not eat food.  You need to stack up wins and build off the previous win.

Cut calories and workout today, do it again tomorrow, the whole next week.  Wash, rinse, repeat, until you have that six pack.

Even deals that appear to be home runs to an outsider, are not.  Take facebook for example, people who weren’t involved with the development of the website think a brilliant Jew designed a website and made a fortune overnight.

Facebook started as nothing, they developed the very first model.  They tested it, changed it, tested again, continued developing it, did all the other shit that you can see in the movie The Social Network.  Only after busting their asses and putting together a series of bunts could the final move be made for big time money.

It was only after making that big time move could Mark Zuckerberg f*ck big tittied blondes in the ass, oh wait he still can’t really do that because he married a boring girl with small boobies.

So please keep bunting away,

Inner Confidence is a men’s lifestyle self-help service provider, founded by Robbie Kramer, with a suite of products and content, including coaching, mentorship, and information products on dating, … END_OF_DOCUMENT_TOKEN_TO_BE_REPLACED