This is Wiley, my German Shepard/Collie mix: 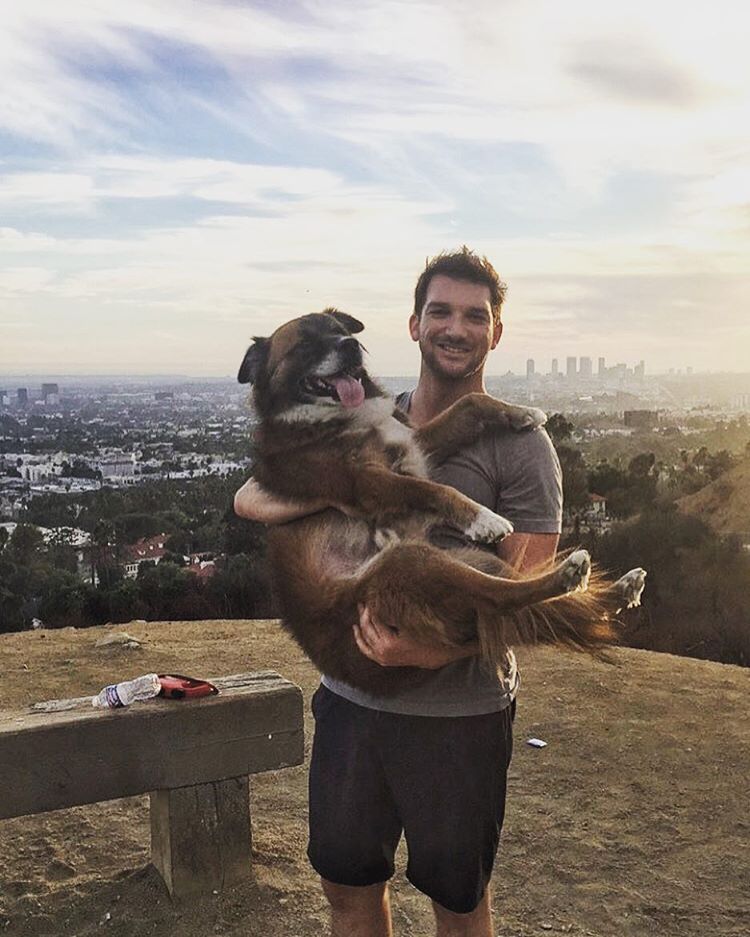 Last week I brought Wiley with me to Las Vegas. We took a walk down The Strip and countless girls stopped me to pet and adore him. I need to get him cbd for dogs and a t-shirt that says, “I’m Wiley, 8 years old, Shepard/Collie.” I’ve probably answered those damn questions 5,000 times. When it’s a cute girl, I don’t mind as much though.

Having a dog is one of the best hacks to meet women.

But you already know that…

A client in the Leverage Program asked me a question about how to know which “rules” to follow and which to ignore, and I immediately pictured Wiley. Think about why people love dogs so much: they are happy, friendly, and wear their emotions on their sleeve.

Dogs are always in the moment. They’re open to any experience before them, and they never have a hidden agenda, since they’re incapable of lying.

In contrast, humans typically become more guarded and closed off as they age. This leads to a vicious circle of not opening up, which is a subtle way of always rejecting people, and being rejected in return.

Many guys overthink everything and getting caught up in the “rules” of the dating game. But really, there are no rules.

When you meet girls, don’t focus on getting them to like you and sleep with you. Focus on having fun and entertaining yourself. This takes the pressure off you and allows her to have fun with you, which creates a connection.

If you’re entertaining yourself, you’re more likely to be honest and say whatever is on your mind. If she is enjoying herself you’ll naturally be genuinely curious about her and take an interest in her life, since you find her attractive

As the time together and connection grows, you may feel comfortable enough to share something personal. Maybe it’s something you’re embarrassed about, or a secret you’ve always wanted to share. These are examples of being vulnerable, and if you’ve shared in a way that doesn’t scare her off, she will respond in kind. This deepens the connection.

Pickup artists are always talking about sexual escalation and teaching their clients to escalate the interaction towards sex. I once was a rookie pickup artist and I too propagated this horrible advice.

It’s completely counterproductive to think like this, because a natural attraction always exists between a man and a woman. If you put a man and woman alone on a desert island, they will eventually have sex. If you have a fun conversation where you speak your mind, share vulnerability and create a connection, sex will occur (unless of course, she thinks you’re gay). She’ll gradually open her body language and sexuality towards you and probably mirror how open you are. Rushing it or trying to speed it up will only have an adverse effect and kill the connection.

A case study of how to show vulnerability

Brian is a 20-something guy living in LA. He gives off the vibe that he doesn’t really give a fuck about anything and has a hilarious dry sense of humor, because he says almost nothing and just looks at you in expectation that you’re supposed to do the talking. Girls eat it up, and the first few minutes of the interaction seem to go well. She will start asking him personal questions, which is usually a signal that she is attracted to him. They will share basic facts with each other about where they grew up, went to school, do for work, etc… but after a few minutes, the conversations always seem to fizzle out. Sometimes he’ll even make out with girls within the first few minutes, but he almost never hears from any of them again. They don’t return his texts and it’s pretty frustrating.

When he told me what was going on, I explained that he isn’t creating a strong enough connection. He said he didn’t know how to connect. He didn’t understand what I wrote above about being vulnerable. He also felt like he has a boring life. He just goes to work, goes to the gym, goes out, and he didn’t think girls would be interested in that, because he isn’t passionate about anything.

But guess what? Most young guys are right there with him and so are tons of chicks that you’d want to get naked with.

When I was 25 I was jobless, clueless and had no idea what I was passionate about besides California Burritos and nice butts.

Girls want a guy who has created or is living his dream. But they’ll also take the young guy who is chasing his dream. Even if you don’t know what dream you’re chasing, you can still show passion in wanting to figure it out. It shows that you have the same character traits as the guy who’s built his dream; you’re just earlier along in your journey.

You show your vulnerability in this situation by revealing your embarrassment about your lack of passion in life, which is ultimately what will sabotage your chances with her in the first place.

Here’s how I suggested Brian use this in conversation: after the conversation is chugging along and she’s seeking rapport and showing signs of attraction, ask her about her passions, hopes, and dreams for the future. If she isn’t giving much, ask her what she’d do if she won the lottery and took a year off from whatever she was doing.

Odds are she’ll say something basic like “I’d travel!” You then say, “Well, I’m kinda embarrassed because I honestly don’t know what the f*ck I’d do. Of course everyone says they’d travel, but that would get old after a few months. So I’m just trying to figure out what excites me because I’m not sure, and every time I hear people talking about finding their passion, making money doing what they love, and changing the world, it makes me feel like a fucking loser. LOL. I’m not a loser right? Do you ever feel like that too?”

If she has found her passion and she’s crossing her dreams off her bucket list 24/7, odds are she won’t feel the same, but then again, she wouldn’t be talking to you at a bar in the first place.

Remember that the purpose of your conversations when you’re going out isn’t to impress people. It’s to have fun and entertain yourself, which will naturally lead to sharing your life, which creates vulnerability and connections. As our guest host Carly mentioned on this week’s podcast on age, that’s an area where a lot of young guys struggle. They try to impress others because they aren’t yet comfortable in their own skin.

Here’s your homework for the week

Watch this TED talk by Brene Brown on the power of vulnerability. This is one of those TED talks that I keep coming back to because it’s potentially life-changing, and it’s been watched 26 million times so I know I’m not the only one who thinks that. Watch the talk and trying ways you can be more vulnerable in your interactions with women. I guarantee you’ll see positive results, or I’ll give you your money back 😉