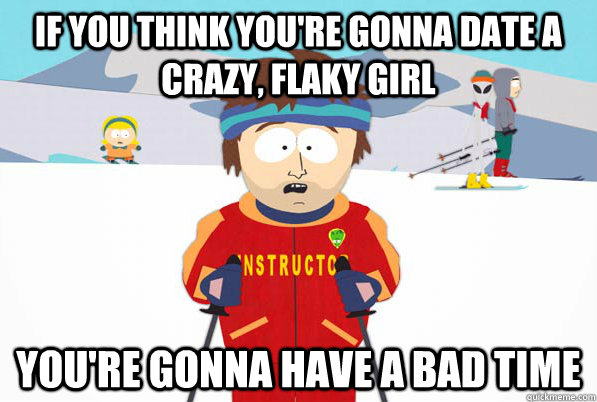 You meet a girl and things start out well, but she starts getting distant or flaky. It’s a situation we’ve all been in. Steve, a Leverage Program member, posted a great question in our private members area about this very situation. Here’s his question:

A girl I’m enthusiastic is being flaky about our third date. Our conversation has always been smooth and to me it seems like we share mutual chemistry.

We met on Tinder and got drinks on our first date. Our second date was a cooking date at my place. We made out, cuddled in our underwear, and I cooked her breakfast the next morning.

We had plans to hang out, but she canceled because she said she has “so much to do” because her mom will be visiting. It feels like a BS excuse. If she wanted to see me I can’t imagine preparation taking that long. She also invited me to her birthday party, but then rescinded the invite and said it’s “too soon to introduce me to her friends.”

I like this girl a lot and thought we had a good connection. However, her flaking makes me feel shitty. Am I making too much of it? Am I being too pushy? What’s my optimal next play?

There are a few possibilities in this scenario and it’s likely a mix of all three. Let’s go through each one.

From the way him described the situation, it sounds like he’s in chase mode. It’s 100% normal to be offended, feel shitty, and be salty when things turn out like this. Connecting with and liking a girl that doesn’t pan out sucks.

Why does this situation make most guys irrational? Because you didn’t just invest the time you spent with her. You invested years of dreaming up a relationship with a certain kind of person you hope to have, and this person matches years of daydreaming. You get excited. Then poof. She’s not into you.

Do not let the above affect you emotionally and act irrationally. It never ends well with this kind of girl. Ever.

Also, think about what chemistry actually means. If she felt this “chemistry” to the extent that he does, she’d be taking him to all these things that she says he can’t come to. When a girl likes a guy, she makes it easy for him to see her (unless she’s being manipulative or there’s some other issue going on).

If it’s a big deal to meet her friends, imagine all the other things that aren’t actually a big deal that she will think is a big deal. Run from this kind of girl, because dealing with them is a full time job.

Don’t make excuses for women who aren’t into you. When you jive with someone, you hang out with them. If her birthday and her friends visiting are such a big deal, really think about how rigid this person is. Think how she will be a year from now. Good luck with that. Never mind that she did invite him- that’s some evidence that it’s not a big deal.

Introducing a guy to her friends is only a big deal in the movies. Seek someone who is flexible, not rigid, and not in their head. It’s hard to stress enough how valuable of a trait being flexible is in a partner, and most guys (and women) never even think about it.

3. There’s another dude in the picture

My instinct is that the un-invitation is not about her BS excuse, but rather another dude in the picture that will be at the party.

I ran this situation by a female friend of mine, and her conclusion is that there’s someone else: “She’s not hanging out with her mom. A guy visited her. If it was her mom, she’d find a way to sneak away for five minutes. She can’t do that with another guy around.”

It’s always safe to assume that you have some competition. Any hot woman will have exes, current guys she’s lukewarm about but who are pursuing her, guys in her social circle who are out of a reach but she’d gladly date, and the list goes on and on. Believing that she’s getting chased by other guys is good for you because it encourages you to keep approaching other girls. This gives you an abundance mentality so no matter what happens with any one specific girl, you aren’t phased by it.

If you’ve been following my newsletter for a while, you know that I like to make everything about attraction as simple as possible. I can’t stand dating coaches who overcomplicate things.

So strip away all the gaming, game theory, questions, guessing, and gauging. As cheesy or oversimplified as it sounds: is she being present and transparent?

Long story short: solid connections between people that are en route to building a deep connection or falling in love show mutual presence and transparency. When one of those things is missing, there’s usually an alarming reason why. It could be that one person is not interested, there’s someone else in the picture, or someone is a basket case. If a new relationship feels like a ton of work, it’s probably not on a path to anywhere positive.

I’m taking on a few new clients in the Leverage Program, so if you think you could benefit from coaching tailored to your exact situation, like what to text a girl back, apply here.

I look forward to working together.

Inner Confidence is a men’s lifestyle self-help service provider, founded by Robbie Kramer, with a suite of products and content, including coaching, mentorship, and information products on dating, … END_OF_DOCUMENT_TOKEN_TO_BE_REPLACED