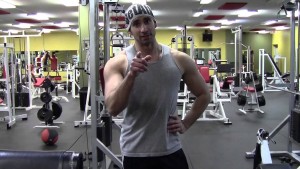 I opened her with “Wanna race?” We talked for about 15 minutes and I invited her to go bike riding sometime. She asked if she can use one of my extra bikes. I realize that I deviated from the standard protocol by asking her for a bike ride instead of a bar or coffee date and Robbie said that these type of dates are good second dates. It’s just that I felt that she was more likely to say yes to that. It felt more like a natural continuation of walking on the treadmills and talking and in doing so I did not feel like I was doing a date surprise on her: “We’ve been having a nice conversation for 15 minutes but SURPRISE I just want to take you to the bar.”

Can you guys please help straighten me out on this? I was thinking of texting her “Hey Katie, it was random meeting you at the treadmills last night. I totally won the race, btw.”