I’m 5’8 and almost obese. I’ve never received attention from women the past year despite becoming more social. 3 years ago, when I was almost 40 pounds slimmer, I took a summer class and I noticed the prettiest girl in class hitting on me. However I was too aloof to notice that she was interested. Why do people keep saying that attracting women relies on confidence when my experience proves otherwise? 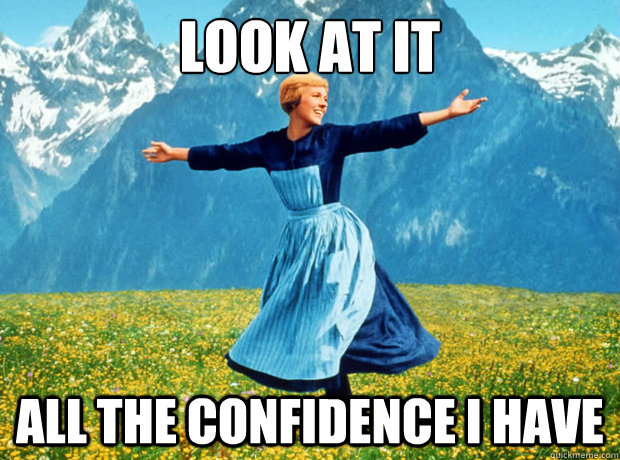 When people say that being attractive to women relies on confidence, they’re correct. But being attractive isn’t solely about confidence. A healthy sense of confidence isn’t enough to overcome deficits that make you unattractive, like being out of shape. The only guys who can get away with being out of shape are exceptionally attractive in other crucial categories. I’m talking celebrity status, being a multi-millionaire (a sign of career success), or being off the charts in charisma and likability.

A preference for men being in good shape is not a superficial desire by women, by any means. It’s actually an effective way for them to gather information about you as a potential partner, short-term or long-term, because your physique is an accurate indicator of deeper physical and psychological traits. It demonstrates your overall physical health, your ability to be conscientious and maintain a healthy diet, and your self-esteem.

This has roots in human evolutionary history, where the men whose genes with the highest likelihood of being passed on were those who could effectively hunt, fish, protect their family, and survive in the wild. As a result, women have an innate preference for guys who are in good shape. They aren’t looking for a bodybuilder or powerlifter type body- that would have been a disadvantage in our evolutionary environment, and could even be interpreted as a sign of sexual insecurity. They’re just looking for low body fat and developed musculature. Picture a swimmer’s physique or a lean Crossfitter and you’re on the right track.

As with everything in dating, context matters. Women’s preferences will vary depending on your audience. Looks matter more to girls who are young and inexperienced with dating. As women get older and look to settle down and have a family, looks hardly matter at all, taking a back seat to personality and confidence. If you’re going for girls who are mature enough to see past the Billy Biceps of the world, looks may give you a slight boost in attracting her interest and attention, but that’s about it. I’m guessing that the girl in your class was younger and less experienced with dating, so she would tend to favor the more superficial traits like pure physical attractiveness.

Regardless of your audience, getting in better shape remains one of the easiest things you can do to improve your attractiveness. You said you’re almost obese, which means that if you clean up your diet and get on a good exercise regimen, you’ll quickly make progress on your physique and become more attractive.