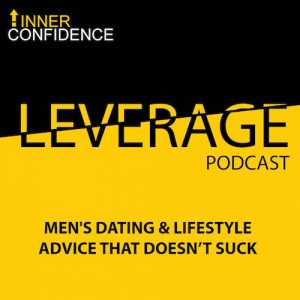 My buddy Drew is on the short list of people I respect in the world of nightclub promoting.

He’s the newest moderator in the Leverage Program, and he has a great story of how he stumbled on club promoting and became wildly successful at it.

Last week I had him on the podcast where we talked about his story. He shares his tips of how normal guys can be successful in the nightlife scene. Check out the episode here.

This week, I’m bringing him back to discuss how you can use nightlife networking skills to meet women and have fun when you go out.

Meeting women through nightlife can be easy when you’re using the right skills.

Guys often ask me how they can get started in promoting. They know that it’s probably the easiest way in the world to meet hot girls, and that you can even get paid doing it.

The fact is, it’s a lot more straightforward than most guys think. You can start doing it without even having any connections. What you need to do is make sure you have at least 5 hot girls that will go out with you consistently.

If you don’t have girls your first night, or you do and they’re not up to par, you’ll have a tough time.

But that’s not as hard as it sounds, because getting your first 5 girls is a great way to practice casual conversation as your opener instead of “hitting on” them.

Create a friendly back and forth and if you think they fit the bill, end with “Some friends and I got a table tonight at so and so club, you should join us. Feel free to invite a friend.”

Having her invite out one friend creates a non-threatening hang out scenario since it isn’t one-on-one. If she has fun time with you maybe you even get laid, but I don’t recommend this if you can’t constantly pull in new groups of girls because if anything goes wrong she stops coming out with you and so do her friends.

Be careful with asking her to invite more than one friend because almost every group of girls has a DUFF: the Designated Ugly Fat Friend.

But most likely a hot girl has a hot best friend, so it’s cool to ask for one friend. In a nightclub scenario, if she brings an ugly friend she might not get in and she probably knows that if she’s hot and been to any nice club before.

Once you have a solid group, it’s really as simple as going to the club. Nine out of ten times even just a decent looking dude with a few hot girls will get in with no problems.

From there, find a promoter table. Promoter tables are easy to find. Look for tables that have the most girls and the cheapest liquor, and a guy who looks like he is auditioning for an H&M campaign (even I was guilty of this). That guys is probably the promoter in charge.

Politely introduce yourself and say you have a group of girls and you were just looking to join a table. If he’s not a douche, he will invite you to join.

Promoters always love more girls at their table, and will always try to flex on other promoters based on quality and quantity.

Now, if promoting for you is strictly for your social circle, you don’t even have to mention to the guy that you want to promote. Just say something like “dude, I always have girls with me looking to go out.

I’m not looking to get paid, but would definitely like a consistent group to go out and hang with.” If he knows anything about promoting as a business he’ll bring you in.

We call them “key guys”. It gives the girls another guy to talk to at the table who isn’t a creep and it frees up the promoter to stop babysitting, roam the club, and grab more girls/shake hands/bullshit with staff, and everything else he’s expected to do.

If you are looking to get paid for some side income, just ask. “Hey man, I’ve been looking to get into this and I always have girls that want to go out. Any chance I can work with you”? Again, promoters love this. Sub-promoters allow the main promoter to do half the work and they only have to pay you on what you agree to.

Most importantly, after you’ve done all of this, don’t get to wrapped up in the party. Remember, this is for your social circle. Talk to everyone, shake hands, suck up to the client next to you and always be looking to make new associates.

They’ll invite you to other events and parties, and each time they do so you level up, since you’re constantly meeting new people. Most of the time they have lucrative careers which helps social validation to a girl you’re talking to (because how many rich guys hang out with broke dudes that don’t work for them in some capacity lol).

And also a PS for if and when you’re invited in to the table- always remember you’re a guest at that table.

Don’t double pour your drinks, don’t hit on the girls you don’t know, don’t be rambunctious. 99% of girls will tell you they prefer a guy who keeps their cool in party situation: somewhere between having a great time and you couldn’t care less about being there.

And finally, you don’t want to drink too much and embarrass yourself because that limits your access to the table in the future.

I hope you enjoyed that writeup from Drew. For more on how to optimize your experience at clubs, check out this article I wrote on the Unspoken Rules of Bottle Service.

Inner Confidence is a men’s lifestyle self-help service provider, founded by Robbie Kramer, with a suite of products and content, including coaching, mentorship, and information products on dating, … END_OF_DOCUMENT_TOKEN_TO_BE_REPLACED