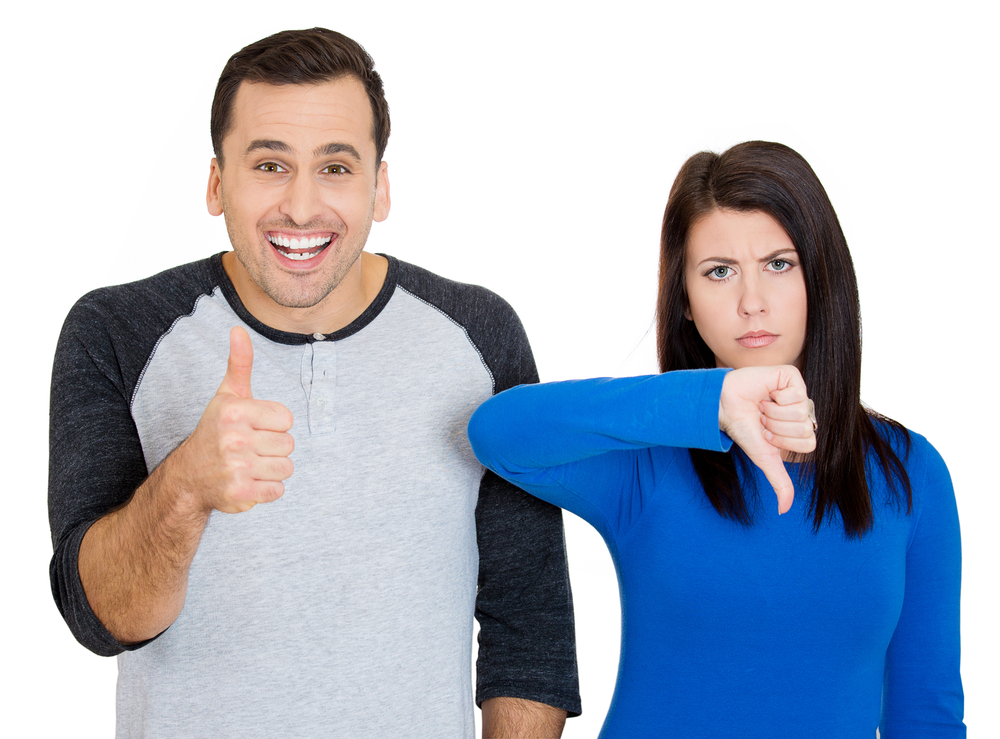 Let’s talk about oneitis. This should feel familiar to every guy: you fixate on one specific girl, put her on a pedestal, and imagine the mental or logistical hurdles you need to overcome to get her. Often it occurs with a girl who isn’t fully sold on you yet, or maybe even has rejected you already. It leads to added pressure and makes it almost impossible to succeed.

1. Recognize it for what it is

We have an image of our ideal woman, and the type of person who can “make us happy.” Oneitis occurs when we find someone close to that image and we subconsciously squeeze them into the mold, trying to force the relationship. If she has a healthy relationship style (what social psychologists call secure attachment), she’s not likely to reciprocate your feelings because she barely knows you.

It’s crucial to remember that these are other human beings with their own flaws and their own internal worlds. During the first six months you can’t possibly know everything about them. You can’t accurately project what a future with them would be like, no matter how crystal clear that image may appear in your mind. Jumping into a relationship with someone quickly because your mind is telling you she’s “the one” is a perfect recipe for a toxic relationship.

So stop and say to yourself “Okay, I know she seems awesome right now, but I don’t know everything about her. She’s also just a normal person, and these feelings will change over time. If we dated for a long time, there’s a good chance we’ll get to a point where we argue over who has to take out the trash like so many other couples. Or maybe she has a dark past that I know nothing about.”

You need to play the numbers game so you develop an effective abundance philosophy. You should be hitting on every girl you see, ALL THE TIME until you stop doing this. Face rejection over and over until you’re not afraid of it.

Flirting takes practice and you need to be doing it consistently to see results. Flirt with everyone. Playfully tease your friends, be sarcastic (but not condescending), lie and get caught, and use every other tactic we discuss for flirting. Practice this stuff and it will come out when you need it.

You’ve heard me say it over and over, but if you expect to get results and you’re not crushing approaches or already dating multiple women, it’s just not gonna happen.

The more I think about it, the simpler it gets. Being a guy who can get girls requires a mixture of the right amount of vulnerability and assertiveness, and the skill to recognize which situations call for which. Guys who can’t attract women aren’t being assertive enough. Guys who can’t connect with women aren’t being vulnerable enough. Oneitis is a clear indicator that you’re not being assertive enough.

I know that when you’re feeling oneitis, this is the last thing you want to do. I know it’s painful. You’re not the first guy to experience this and you’re certainly not the last. Not a lot of guys will admit they’ve experienced it, and it’s more common among young guys than you might expect.

It’s part of the process, and you ultimately determine if you want to learn from it and move forward or get stuck.

The hard truth is that you’re experiencing this because you’re lonely. Loneliness might not be the singular cause, but throw an intriguing woman into a petri dish of loneliness, and oneitis is sure to grow.

Craving the affection and the attention of one specific girl is a mental strategy to combat loneliness. Everyone experiences some level of social disconnection; it’s simply part of the human condition. You experience oneitis when your mind creates a fantasy world to fight that sense of disconnection, and you project that fantasy on the women you meet.

Step 2 was to begin approaching other woman, and that works because it creates a philosophy of abundance. Strengthening your friendships with both men and women works in a different way: this strategy attacks your pervasive loneliness.

Cultivate meaningful relationships in your life other than dating relationships. You need to fill the void in yourself (that can’t be filled by another person) with meaningful pursuits and fulfilling friendships. Connect with guys who share your interests. Focus on your hobbies and do them with other people.

Build your own sense of identity, community, and purpose, rather than hoping for a woman to take away all your problems.

Putting it all together

Frantic obsession over someone you barely know is not healthy.

Yes, that feeling of meeting someone new who seems AWESOME can be fun. But don’t let that feeling cause you to place others on a pedestal. It’ll only prevent you from improving as a person: it makes you self-conscious, worry that you’re not good enough, not commit to approaching, walk on eggshells, and get desperate.

The best thing you can do is express yourself and be as sincere and authentic as possible. Be vulnerable, express yourself, and be assertive. That can filter out people who you wouldn’t be happy with, and take off your rose-colored glasses.

Inner Confidence is a men’s lifestyle self-help service provider, founded by Robbie Kramer, with a suite of products and content, including coaching, mentorship, and information products on dating, … END_OF_DOCUMENT_TOKEN_TO_BE_REPLACED