This week’s episode features one of the best interviews we’ve had in a long time! We had Anthony Johnson, founder of the famous 21 Convention. We discuss his personal history, how he hosted his first event, how a meetup group evolved into a massively successful company and convention, how pursuing his passion turned into a business and a career, mistakes and what he learned from them, and how Anthony creates win-win business and personal relationships. He also opens up about the shocking revelation that lead to his divorce.

Still need tickets for this year’s convention? Use coupon code “IC50” for $300 off your ticket! Hang out with Robbie and Anthony in Miami. 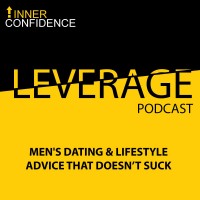 134 episodes
Ready to take your lifestyle to a whole new level? Discover all the benefits of upgrading to a Leverage Membership.

Does Any Of This Sound Familiar... I’m a pretty successful and accomplished dude, but when I get around really beautiful women, its like my mind goes blank and my IQ drops 50 points. I can’t … END_OF_DOCUMENT_TOKEN_TO_BE_REPLACED