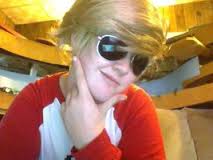 Sometimes a person may feel trapped by their own shortcomings, and this can result in some very strange and antisocial behavior.

What kinds of things should you be on the look out for?

If you’re interrelating with people, you may have stumbled upon things you don’t know or things you can’t do at all or as well as you’d like. In your quest to be a more fulfilled and a more fulfilling person, you’re probably taking steps to correct these things, to learn what you need or want to know and acquire the skills you seek.

But these things take time.

If you haven’t yet made these improvements to yourself or your areas of expertise, don’t fake it and pretend otherwise. Some people will try to compensate for knowing nothing by bluffing that they know it all.

They’re afraid to look stupid, which is ultimately what happens. They are always revealed as buffoons and liars (and bad liars at that); it’s only a matter of time. Don’t try to convince somebody you know what you’re talking about if you don’t.

When you try to fake your way through something, you’re bound to trip up. You’ll either talk yourself into a corner or straight up a tree.

If somebody asks you to explain some pithy statement you heard but never quite understood yourself, or something you made up on the spot because it sounded colorful but really meant nothing, you’ll be pinned down and face real embarrassment and social degradation.

At this point, a lot of people will just start winging it, hoping to find something reasonable as they go.

This can make for great comedy, but in real life it is very off-putting. If you stop saying things which make sense, which is bound to happen when you talk about things you don’t really understand, it short-circuits the conversation and derails your companion’s attention.

Don’t Be a Victim of Lame Conversation

This leads directly, not to good comedy as in a film, but bad humor as in a lame conversation. How can you be intelligently funny about a subject you don’t understand?

And how can a person fail to notice a string of bad jokes, lame puns, and go-nowhere stories that have no point because, in actual fact, they have no real purpose but to put across a bad lie which someone is telling about themselves?

Stumbling into areas where you claim to know more than you do leads you to this awkward and uncomfortable situation, which is sure to turn any woman off. They may say only that they “Didn’t get you,” but the subconscious truth will be that you blew it by opening your big, dumb mouth.

Inner Confidence is a men’s lifestyle self-help service provider, founded by Robbie Kramer, with a suite of products and content, including coaching, mentorship, and information products on dating, … END_OF_DOCUMENT_TOKEN_TO_BE_REPLACED