We recently had 5 new clients join our Leverage Program from the Phoenix area.

I always love when this happens because it creates a satellite community within our group and because the guys are local, it’s very easy for them to spend time together, wing each other, and push each other to grow faster.

And because all of these guys were at pretty similar levels when it came to meeting women, I decided to drive out to Phoenix for the weekend with a few of the moderators to get these guys started off on the right foot.

(Review of The Phoenix Workshop – By Jad Morris) 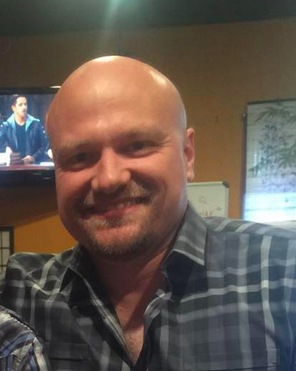 I’m at home..bored..alone..playing video games and watching Netflix..fantasizing about woman I wish I could be with.

How many of you can relate to what I’m taking about? May be you’re in a similar situation?

Enter Robbie, Sasha, Maxwell, Tyler and Cameron. These alpha males saved my life from utter failure and hopeless chances of ever having solid inner confidence in what’s  needed to be a fucking beast with woman.

I get to the workshop not having a clue what to expect. Instantly I wanted what these guys had. Charm, charisma, confidence and an “I don’t give a fuck” attitude and most of all…the hottest women I’ve ever laid eyes on on a regular basis day after day with ease!!

They have me do Day game approaches..recording my interactions with woman with a microphone and video camera. These guys reviewed it and I got feedback. I failed miserably and everyone laughed about it including myself and underneath I was like what a fucking pathetic loser I am.

Then they showed me their first interactions and encounters with woman and they were just as bad and I thought to myself..ok if these guys can do it, so can I.

I learned about approaching woman in many different scenarios with the men.. What to say, my body posture, even the speed of which I talk. When I say it, how I say it..all of it matters.

Tyler and Cameron forced me to approach random woman in the mall. Was difficult..I was chasing women all over the place..they even made me run out of a car and approach a woman walking down the street!! Never in a million years would I have ever done that or even thought about doing something that bold in my life!!  Best day ever.

I was forced to hit on woman in the day and at first I had tons of social anxiety. It got easier as it went. I then started pulling phone numbers and it was actually becoming fun.

I learned that social status, fashion, texting and even dating all have a unique and effective way to get woman in the sack. One wrong move..you’re toast! It became the ultimate challenge.

Night game the guys had me go to clubs in Scottsdale and approach woman as well..day one I sucked, was in my head and nervous..Robbie talked to me a lot and told me what to say to woman when I approached them. He was talking to woman with ease while I was standing around like a fucking idiot without a clue what to say or do. It was fun and challenging and I realized this guy had something I truly wanted..confidence, women and he actually gives a fuck about others and their well-being including me. Felt good to have someone give al fuck about me for the first time.

I then bought a drink..had a straw in my vodka redbull drink and Maxwell said get rid of the straw..I did and ironically that made a huge difference when I was approaching woman and I began to get phone numbers.

He had me be a lead with him as my wingman and introduce him to someone forcing me to be the social butterfly I wasn’t yet. Woman saw through it, weren’t interested in me and I lacked confidence was intimidated and left him hanging with a girl..he brutalized me and said never fucking do that again. I’m here to help you!! Woke me up and I didn’t do that and learned to never leave my wingman until they are ready.

Sasha I found talking to the hottest woman I saw in the club. He told me to approach two women at a bar..I learned there is a time when to do that, how to do that and what to say to introduce myself. I was again forced to approach and failed yet it got me out of my comfort zone and then it became easier and easier to approach the rest of the night.

Day two we went to a country bar that night and I crushed!! Got 12 numbers that night. I felt like a fucking predator looking for my next female victim to entice with my charm and get her number. Was a god that couldn’t be touched or phased by anything woman did or said. I ended up making out with one chick, had a blast, and was more alive then I ever have been. Was incredible.

Also I learned cooking is important to know. I was forced to cook a meal for the guys and I hated it and didn’t know how to cook yet I was forced to learn and did it. These guys force you to face your worst fears and smash them!!

If you ever get to meet these alpha males, they will ruthlessly, yet compassionately force you to face your inner demons and build confidence. They will teach you the ways to success and if you can pass through the gates of the creepy zone of hell, the other side is a life most men only dream of.

The AZ workshop was fucking bad ass!! If I wouldn’t of gone, I would still be doing what I was doing. Thank God there are guys that give a fuck and care about me. They changed EVERYTHING!!