-Another great post from on of our moderators in Leverage. 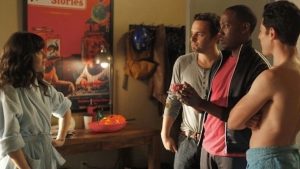 So my roommate (female) just got back from like a month in New York. Before she left I advised her to go on as many dates as she could, basically rep the shit out of Manhattan. To give background, she is an attractive girl, well dressed, cultured, intelligent but in reality, too mature for 25 years old to be dating dudes her age and thus she has not had that much luck in Boston or dating in general. I have been giving her advice and through that advice and listening to how her dates went it was interesting to hear what worked and what didn’t for her and how FUCKING OBVIOUS it was to me why she didn’t see again or fuck the majority of dudes she went on dates with.

She had been using Tinder and Ok Cupid as a vehicle to screen dudes and ended up going on a serious amount of dates in a short period of time while in Manhattan. Here are a few things I heard her express in her “first date” recaps that dudes fucked up on and I think are very important to note:

1.) ALWAYS PAY– Especially on first date. She had one dude fumble when the check came and she ended up paying for the drinks. She said it was super awkward when he didn’t immediately take the check as she had come to expect the first date to be the guys responsibility. It wasn’t even a money issue, it was the feeling that she wasn’t worth his time AND that he wasn’t confident enough or social in-tune to do so.

2.) DON’T TALK ABOUT MONEY– She described how off putting it was to hear a dude talk about something being way too expensive, indicating that he was cheap with his money. Similarly though, she mentioned that another guy talked a lot about the price point of things, as if he wanted her to know he had money. She stated that was also just not attractive. You can state your profession and girls will have a general idea of what your income is. Outside gold diggers and bottle rats, most girls do not care how much your fucking watch cost, so don’t talk about this on your FIRST DATE, let that shit speak for itself.

3.) ADD VALUE TO CONVERSATION– If you are in finance, and you are talking to a graphic designer, don’t fucking chat her ear off about the fucking stock market or w.e. What the fuck is she going to say in return? How are you going learn anything about HER, or have her contribute to that conversation? This happened TWICE to my roommate and she said though she was interested in what the guys did, specifically talking about irrelevant and super detailed financial terms on a first date just dulled any potential for chemistry. Ultimately, make the conversation be about her. Don’t pull 21 questions but figure out ways talk about what your passionate about and then relate that in some way to her so she has opportunity to speak about herself more organically. My roommate spoke about how she had to take control of a lot of conversations because socially the guys just didn’t know how to lead the conversation and that was a turnoff.

4.) GET PHYSICAL EARLY– This seems obvious, you know like the shit you learned in middle school, but apparently grown men are still fucking retarded. My roommate talked about a few of the dates come end of the night, there was no chemistry really formed but the dude at the last second decided to go from 0 to 100mph and make out with her, like some middle school shit. We spoke specifically about how had there been more physical interaction early, it would have 1.) established more chemistry but 2.) made it much more likely she wasn’t going to deny him. Don’t fucking force it. Play push, touch hand or shoulder in conversation, break physical barrier early! If a chick in her mid 20s is going on a date with you, she likely is ALSO thinking about sex. My roommate in this case is DTF but literally a bunch of these dudes blew it.

5.) TAKE THE LEAD– In the event their is chemistry, lead her to your apartment or next spot. And in the event she takes the lead, or brings you back to her place, MAKE THE FIRST MOVE. My roommate described a situation where she initiated the move back to her spot and once they got there the dude did NOTHING with the opportunity and they awkwardly had a night cap and he left. WTF? If a chick ISNT trying to fuck she wont put herself in this vulnerable position, this is like a fucking layup. THERE ARE SUCH OBVIOUS SIGNS particularly with this example too! She took the lead, went to her spot, offered alcohol etc. I swear dudes just don’t wanna get laid!

6.) DON’T GET SERIOUS– It’s hilarious to joke about getting married or going to prom. Great line, use it to get in and then don’t mention it again. I found from her stories it very interesting the issues with societal pressure of males 30+ to get married and how that came out in the FIRST DATE. DAMN. Dudes be trippin. Where the fuck is the chase? I would imagine a lot of girls in mid 20s are like my roommate and can’t stand how immature dudes still are of the same age so they are looking for older men. If you are going on dates to legit “meet the girl of your dreams” first fuck you, way too much pussy out there, but second, on the first date, in the first 8 months, don’t fucking mention your intent, if it is to settle down. CHICKS WONT FUCK YOU. If they are interested in you like that they will ICE the shit out of you like you were Brad Pitt and wait for weeks til they even fuck you (lucky for a guy like him he looks like a fucking model so he’s playing like 10 of these scenarios at once, and fucking 9s and 10s. None of you look like Brad Pitt so don’t attempt). This is 100% a game and you gotta play it, make it a chase. Don’t get me wrong here, a lot of these girls DO want to date for that purpose and they are 100% sizing you up for that particularly as they get older BUT at least make it interesting. My roommate described this anxiousness from these older guys and how apparent it was they were trying to find their future wife. Leave that vibe for your okcupid profile if its your thing and then be FUNNY and PART CHARMING PART BAD ASS and slow the fuck down on the emo train.

7.) KNOW HOW TO RUN A DATE– Stop wasting money on expensive dates that don’t work. How To Execute The Perfect First Date

Have a nice fucking day!

Does Any Of This Sound Familiar... I’m a pretty successful and accomplished dude, but when I get around really beautiful women, its like my mind goes blank and my IQ drops 50 points. I can’t … END_OF_DOCUMENT_TOKEN_TO_BE_REPLACED