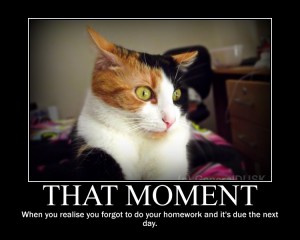 How Do I Get Motivation to Reach My Goals?

Everyone is wrong about motivation. You don’t need motivation to reach your goals, or to achieve success in life. So what is it that’s actually important?

We all have this idea that becoming “successful” is a huge concept: a far away point to be reached, and when we get there, everything will be great. Along with this line of thinking is the idea that it takes a ton of motivation and major life changes to solve the everyday problems we face.

But here’s the thing we’re never taught: that line of thinking is wrong. New research in psychology and human behavior are finding that the most successful people aren’t the ones with the most motivation. They aren’t even the ones who are the most persistent. They are the ones who are able to pay the most attention to their habits.

The person who starts out doing a single pushup per day and adding one every week will be doing over 50 pushups per day by the end of the year. Compare this to the person with a ton of motivation who makes a new year’s resolution to get in shape. Most people break their new year’s resolutions and give up even before the first month is. Even if this person legitimately has strong motivation, it means nothing to their ultimate success. The person who focuses on building small habits will be more successful than the one who wants to make drastic changes all at once.

As a therapist at an inpatient detox facility, I’ve worked with hundreds of patients who are attempting to get off drugs like heroin. When I first started out as a therapist I thought motivation was important. That’s what I was taught in school, and that’s what popular culture leads us to believe. I saw patients come in to the facility, and they seemed motivated to make huge changes in their lives. They talked about how things would be different when they left, how they would repair their relationships, and how they would stay on track. These are all great things, and they point to a huge amount of motivation. So why was I seeing patients like this relapse all the time?

Because their huge amount of motivation wasn’t important. Someone doesn’t even have to be willing to change to reach success, IF they are willing to engage in the small habits of successful people. So who was it that came through the hospital that was able to get clean? It was the patients who were talking about taking ACTION. The patients who were writing out their daily routines in a journal. The patients who actively changed their environments. Action was the only thing that mattered.

From seeing so many people struggling with changing their lives in a way that was often literally a matter of life and death, I’ve learned how people actually change and become successful in reaching their goals. And I’ve learned that motivation is overrated.

Our brains are sensitive to change, especially major changes. No matter how motivated we feel, our brains will subconsciously resist any life changes we attempt. This is why people so often feel like they sabotage themselves and give up on their goals.

The way around this is to take small action steps that slip past the part of our mind that resists change. Do one pushup. Floss one tooth. Approach one girl. The funny thing is that when you have these small habits in place, they naturally sustain themselves and grow. Our brain gets used to doing a single pushup, so doing two becomes no problem. Flossing one tooth seems silly so you automatically start to floss more. Approaching one girl becomes natural, so you start to do more approaches without realizing it.

Success doesn’t happen in huge leaps. It occurs in small increments. It is not black and white, or a point that we suddenly achieve and realize. I’m not talking about the cliche of “it’s not the destination that counts, it’s the journey.” All I’m saying is that when we create the right small habits, we become successful slowly over time, and that’s usually the only way success can happen.

128 episodes
Ready to take your lifestyle to a whole new level? Discover all the benefits of upgrading to a Leverage Membership.

Does Any Of This Sound Familiar... I’m a pretty successful and accomplished dude, but when I get around really beautiful women, its like my mind goes blank and my IQ drops 50 points. I can’t … END_OF_DOCUMENT_TOKEN_TO_BE_REPLACED