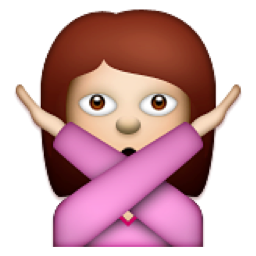 A recent study done at the University of Florida looked into the biggest turnoffs in potential romantic partners.

The researchers found that deal breakers had a bigger effect on the formation of a romantic or sexual relationship than deal makers. In other words, the most important thing for attraction isn’t to be really attractive, it’s to not be unattractive.

This is why in the Leverage Program we focus on the fundamentals first. Do you know how to dress? Are you in shape? Do you have poor vocal tonality? Fixing this type of problem will get you more gains than working on being attractive.

A lot of guys think they have to be super smooth, have great conversational skills, be in great shape, and be rich to do the best with women. But it’s actually easier than that. To start getting success, you need to fix your biggest weaknesses, and identify women who have the same relationship goals as you, whether that’s a short-term hookup, a long-term relationship, or anything in between.

Let’s break it down further. The Florida researchers identified the seven most common factors that prevented people from forming relationships (short-term or long-term).

1. Differing mating strategies
Your approach matters. Approach women in the right way, and you eliminate one possible deal breaker right off the bat.

2. Differing relationship goals
If you’re looking for a hookup with a girl who’s trying to get married in the next month, chances are, nothing is going to happen. The best thing you can do to overcome this one is to meet women in the right places so you can screen for women who want the same things as you.

3. Differing religious beliefs
This is one of those things that will be a deal breaker for some women if they decide you’re not compatible. The important thing is to be aware of this and learn how to meet women with beliefs and preferences in line with yours.

4. Limited social status
Your social circle matters. Build a strong network around you, start leading others, host activities, and this deal breaker will vanish.

5. Unattractiveness
Physical attractiveness is less important to women than it is to men, but it’s inevitable that sometimes women aren’t attracted to you. Fortunately, it’s easier for men to improve their attractiveness than it is for women. Again, the fundamentals are key: get your grooming right, get clothes from a luxury consignment that fit you, get a haircut that matches your face, clean up before you go out, and unattractiveness won’t be a problem anymore.

6. Unhealthy lifestyle
Health and fitness are crucial for having a balanced and healthy life, and women know this both consciously and unconsciously. This is why we always coach overweight guys to lose weight before they prioritize anything else: women aren’t turned off by fat guys because they’re superficial; it’s because unhealthy lifestyles are repulsive.

7. Undesirable personality traits
If you aren’t hanging around guys who are successful with women, you probably aren’t aware of the goofy things you’re doing that are turning women off. There are a ton of seemingly little personality traits that can be deal breakers to women, and this is why it’s crucial to have a good mentor or group of friends who you can learn good habits from.

Don’t suck. That’s the first step to being attractive.