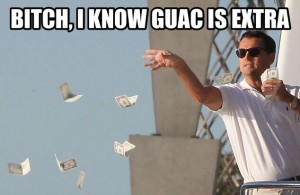 Today I want to place focus on our personal worth, value and how it has a great affect on your life! In your opinion, do you bring value to other people around you?  Be honest with yourself.  If I’m ever questioning my own place within a group setting, the first question I ask myself is: what am I adding to this dynamic/situation? If the answer is nothing, the next question is always what can I add?  My goal is to steadily provide something to that is going to make my being there appreciated, and that will make them appreciate and notice me.  Be honest with yourself. If you’re not providing these things, you can literally count down the time it takes before you’re driven out.

The good news is, this is a problem you get to solve.  You have complete control over whether or not you bring value and what kind of value – so essentially you get to choose your destiny, not them.  That being said, what’s the first step to take? Become valuable.

Let’s first touch on what not to do:

You can’t fake value. You can discombobulate people with your bullshit for only so long before they start to notice the cracks; girls start to realize that you’re not looking them in the eye or that your body language starts to change as soon as you’re distracted and that you’re more nervous and/or awkward around them then someone of your supposed status would be. Also, keep in mind that girls are already expecting you to lie and/or embellish about yourself.  Girls, especially in bigger cities like LA have a ton of experience within dating and are therefore better identifying your inconsistencies.

Money won’t solve all your problems. It’s surprising how many men out there actually believe that a fat salary will make girls like them.  They think that if they had a lot of money, their dating lives would become much better.  And at first, it probably will…but if only it were this simple. Sure, women will flock to you for your cash – but there’s no telling how long they’ll stick around.  Not to mention, you don’t want to be that guy that everyone likes hanging around with because he’s got a ton of money and likes to spend it.  Remember, in this situation people will be expecting you to spend…so you can kiss a lot of that hard-earned cash goodbye, all for people who don’t really like you and probably make fun of you from time to time as well. Those are the guys I feel the most sorry for – because I feel like not only are they being fooled, but they’re also losing out financially in the entire process. Burn. I can list 5 or 6 guys who I know personally right now off the top of my head who are single and wealthy, terrible with women and are suffering emotionally because of it. People will use other people for their money – its human nature unfortunately, but it’s up to you to arm yourself against it and develop qualities and skills that will command respect.

Now, nobody is going to tell you that money doesn’t bring an advantage.  However, that’s exactly all it is. It opens up opportunities and makes life smoother.  When you have a plethora of options about where to live, what to drive, what to wear, what to eat, ect…you are definitely going to be less worried about the logistics.  What it doesn’t do is compensate for a lack of drive, confidence, low self esteem, ect…and it won’t turn you into a Casanova overnight either.  Unfortunately, money doesn’t replace these things, and this is why it’s important to secure yourself with a strong base beyond the money. Fat stacks and glitz are nowhere near enough to truly satiate any woman that’s worth having.  True value encompasses everything from confidence, self-respect, drive, ambition, status, money…you get the idea.

The idea that you need money to get women is a popular one amongst guys these days. One of the biggest complaints about women that men have have is the opinion that all women are perpetually looking for a male of higher social and/or financial status who will shower them with some kind of lavish lifestyle. This opinion of women-as-gold-diggers is basically built into men these days – the status games and demonstrations of competition are all born from the idea that women are only looking for someone is of higher social status than she is. Money translates into status, so why wouldn’t she want a guy with a lot of money, right? The truth is, women do not need money but they do need value.

Moving on to the kind of value you want to have and bring to the table, or “true value”.  It goes beyond flashy, glitzy type things that go into a fake facade. The person you want to be towards women is someone who helps other people feel good.  People (especially girls) want to feel good and have fun.  I want someone who is interesting to talk to, funny and who can bring the fun factor.  Someone who has value and status, and as a result of it people naturally want to spend time with him.  However, be sure to ask yourself this: can you inspire respect in other people, not through fancy things you own or being a celebrity, but by what you have to offer as a person? In my opinion, that’s status.  You need to be connecting with women (and people in general) on an emotional level in order for them to feel as though you’re understanding them and “getting them” better than any other person has.  You have to pay attention, and connect with them on an emotional level. Depth adds to value extremely, because you’re now equipped with something more than someone who is just all shallow glitz and fake facade – and believe me, there are a lot of people out there like that.  Put yourself above the rest and you will naturally be more noticeable, girls will feel connected and safe with you – and you’ll find yourself with more friends than ever before.

Have you ever noticed how almost all high-value, high-status men seem to have high self esteem, genuine confidence and carry themselves well? In his book “The Seven Habits of Highly Effective People”, author Steven Covey coined the term “abundance mentality”, something that high value and high status men typically have. Taken from the link above:

“Abundance mentality or abundance mindset: a concept in which a person believes there are enough resources and successes to share with others. He contrasts it with the scarcity mindset (i.e., destructive and unnecessary competition), which is founded on the idea that, if someone else wins or is successful in a situation, that means you lose; not considering the possibility of all parties winning (in some way or another) in a given situation (see zero-sum game). Individuals with an abundance mentality reject the notion of zero-sum games and are able to celebrate the success of others rather than feel threatened by it.”

Someone with this mentality is surely going to be displaying higher value than someone with a scarcity mentality. High value guys understand that there are literally millions of single women out there, and rejection is not a big deal.  These guys tend to be less needy and more independent. Another important step in trying to achieve value is setting strong boundaries for yourself, which is important to having healthy self esteem. For example, if another man is rude to you in the presence of others, stand up for yourself.  Don’t start a fight, but make sure that he knows that you know his behavior is shady and that you’re onto him and don’t appreciate it. This is extremely important to a strong sense of self esteem because if you can’t respect yourself, who else will?  In addition to setting boundaries, confidence is another huge contributor to high value. Inner confidence it’s a signal to women that you know and realize you’re of high worth and that is always a very attractive quality to have. Be at ease with yourself. The higher status individual is the one who is not always overly concerned with being the leader/alpha male in the group, trying to dominate every interaction to ensure his place.

If you ask 100 girls on the street which is more attractive to them: the jobless but passionate musician or the Wall Street stockbroker type of guy, I would place a high bet that the majority will choose the musician.  He gets more dates because his heightened drive and determination is attractive. He may be scrambling to make the next gig happen, but he’s constantly pushing himself to the limit and that’s way more appealing to women than the superficial wall street guy with the Beamer, who’s kissing his bosses asses in an attempt to climb up on the corporate ladder. The artist  is confident, brings more value to everyone he meets, and his ambition and drive are much more respectable as opposed to someone who’s constantly trying to prove himself whilst sucking up to everyone.

This is precisely why all kinds of guys – from millionaires to the average joe shmo can struggle with women equally – just as you can be a high-value man no matter what job you have as well. Bringing value and being high status isn’t all in what you do or what you have, it’s in who you are.  The what you have and do are only added perks. You may have a shitty job, but drive and ambition are extremely appealing characteristics – it’s just essential that they are followed by action. It’s one thing to constantly run your mouth about the business you’d like to have one day or the idea you want to invest in…but it’s another entirely when you can prove that you’ve actually worked towards your goals and taken the initiative to make things happen for yourself.

The main point I’m trying to make is that most women actually are not looking for a prince charming who’s going to shower them with some kind of opulent lifestyle – they want to meet a guy who gets them, and who they can connect with on an emotional level.  When you have high standards for yourself, you’ll notice that your standards when it comes to women and dating will also raise.  This is a good thing!

Inner Confidence is a men’s lifestyle self-help service provider, founded by Robbie Kramer, with a suite of products and content, including coaching, mentorship, and information products on dating, … END_OF_DOCUMENT_TOKEN_TO_BE_REPLACED