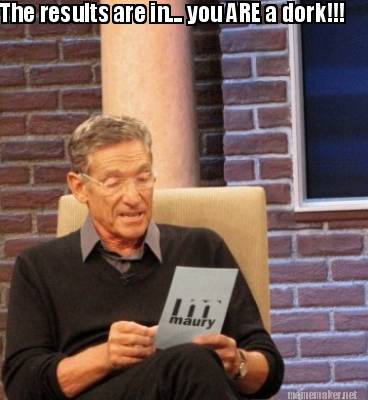 When I was starting out as a dating coach, I got a lot better in every area of my life. The advantage I had is that I was constantly seeking other guys who were successful socially and comfortable around hot women.

It offered a two-for-one benefit because I was always surrounded by people trying to improve, and it created the mastermind effect. A mastermind is a coaching group of like-minded individuals and mentors who network, share advice, and support each other, with the intention of helping everyone in the group advance both individually and collectively. As far as I’m aware, the concept was originated by Napoleon Hill in his classic self-help book Think and Grow Rich.

Odds are that if you’re trying to improve your dating life you’re probably doing it mostly alone. When I got started I wasn’t about to admit to my bros that I was doing it. They would have made fun of me. Luckily I had a bunch of friends and we hit the bars in San Diego 4-5 times per wee. But as my game improved I started to realize that my friends were horrible wingman and would even cockblock me.

One example that happened all the time is that I’d approach a group of girls and my buddies would swoop in and talk to the girl I was working on. Some would even make fun of my for learning game. Eventually I just couldn’t go out with them anymore. So I started hanging out with guys from the local San Diego Lair.

That was even worse. Most lair guys are creepy because they study all the hardcore pickup tactics that don’t fit their personalities. The lair guys wouldn’t go after the girls I approached but they cockblocked me in a different way by weirding most of them out. I was guilty by association. FML.

It wasn’t until I met some naturals and fellow dating coaches teaching authentic personal growth that I found some solid wingmen. But that couldn’t have happened until I got really good. My buddy calls this phenomenon the Dork Forcefield. Imagine you were really good with women, would you hang out with guys that aren’t as good as you who slow you down?

If you’re thinking right now, “I’m not great, but I don’t slow anyone down,” think again. If you aren’t adding value, you’re subtracting. You’re just unaware of how. Guys who are good have a forcefield to keep away dorks from their social circle. It’s kinda the like the cool kids in high school. It still exists, but guys are just more polite about it. The Dork Forcefield will engage with your fashion, the company you keep, your conversation style, and your social awareness. If you can’t get the Dork Forcefield down, you’re never hanging out with the guys are really good who have access to the best social opportunities.

You can break through the forcefield by either becoming really good, or rendering a service. For example, I’ll go out for drinks with my attorney because he’s amazing and generates tons of value in my life. So he gets a pass. But if you’re not great socially, not paying, or not rendering a service, why would anyone who is good choose to hang out with you? They wouldn’t.

I developed Leverage to give you access to the best social beasts in the world. It will give you all the how to’s but more importantly, plug you into a network that provides the support you’re missing, no matter where you live, and no matter what your skill level is.

It’s important to hang out with social beasts their mindsets and behaviors will rub off on you. We naturally absorb the attitudes, thoughts, and actions of the people around us. It’s a subconscious process that I like to call “osmosis.”

Robbie’s Rule of Osmosis: All social behavior is contagious.

Many guys have heard the Jim Rohn quote: “You are the average of the five people you spend the most time with.” And everyone thinks they know what it means: “Yeah, it means surround yourself with positive successful people and your life will improve blah blah.” No, it means you ARE those people. You surround yourself with people and you become them.

Using osmosis to your advantage improves your social skills both directly and indirectly. The valuable part of having mentors isn’t just the direct advice they give; it’s also the indirect ways they make you better.

If you make a lame joke or tell a boring story in front of a guy who sucks with women, he might think it’s funny and laugh. He might laugh to avoid hurting your feelings. On the other hand, social beasts hold themselves accountable for the people in their lives. They won’t laugh if your jokes aren’t funny.

You absorb better body language through osmosis. Ever notice how groups of friends often look alike? Part of it is their clothing style. But the other part is that they share similar body language! Humans are extremely social creatures. This plays out is in how our body language is shaped by our peers.

Succeeding at dating is about having the right mental models.
​​​​​​​
The difference between an expert and a beginner lies in their mental models. Everyone has ideas about how a skill (like meeting women) should be performed, and beliefs about the natural state of the world in relation to that skill. An expert differs in two ways: one, he has more detailed mental models, and two, he has a lot more models.

Social beasts have been in so many situations with women that they’re able to recognize the right things to say and the right moves to make. They’ve done the wrong things enough times that they know what to avoid. Their social pattern recognition is highly developed.

I’ve invested at least 25,000 hours into my social life, been on hundreds of dates, slept with way too many women to count, and hit on tens of thousands of women. I have a play, a joke, or a move ready for every word, situation, sound, text, laugh, or touch that exists. I also have an audible, an exit plan, and a flowchart leading to 10,000 other plays. Other social beasts have this too, and that’s why they’re successful.

Just as all social behavior is contagious, so are our mental models. One of the most overlooked ways to get better at dating is also one of the simplest: hang out with guys who have better dating lives than you.

Using osmosis to your advantage cuts your learning curve in half because it accelerates the development of your mental models. The quickest way to improve your dating life is by surrounding yourself with social beasts who are achieving the goals you wish to achieve.

Ultimately, you need to find out why you suck. Most guys spin their wheels in this stage for years because no one will tell them why they suck. Their peers aren’t qualified to tell them, and since that kind of feedback isn’t socially acceptable, the most they’ll do is stop hanging out with a guy they don’t like. Women won’t provide this feedback either.

If Leverage sounds like it could be a good fit for you, I encourage you to apply. I personally screen all applicants, to make sure I only accept people that will get results. This maintains the integrity of the program and leads to lots of happy customers and referrals. Win/win!

Here’s the link if you’d like to apply. We’ll set up a time to chat so we can get to know each other. If the program isn’t the best fit for you, I promise I will leave you with a different strategy that will serve you better.