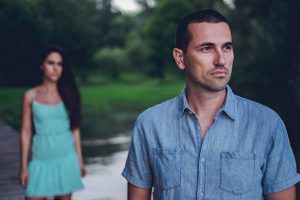 In 2010 I spent 12 days running a workshop in Amsterdam. My business partner and I organized a 8 day workshop with 6 clients and at the time, we needed two female models to help us run these programs.

The models would interact with the clients while we filmed and then we would break down the video. Very similar to what we do with the mock dates we offer our clients.

We brought 1 girl with us and organized another two who lived in Amsterdam but the day of the workshop, they flaked.

So that morning I had to go out to Dam Square and round up to more girls. They had to be:

c) smart enough to articulate their feelings towards men

d) free to work on short notice doing a job they had never heard of before.

I figured my best shot and making this happen was to approach women just like I would for a daygame approach, but instead of hitting on them, I would offer them jobs.

So I played around with different tactics and word choices until I finally got one girl interested. Then I got another and another.

Pretty soon I had four girls lined up to work later that afternoon or the next day. So I celebrated by stepping into one of the coffee shops and buying myself a space cake.

The space cake (pot banana bread) was amazing and I had never eaten pot before.

I usually hate smoking weed but eating it gave me a totally new type of high and it inspired me to do even more approaches because I was having a lot of fun.

Thank god I did because those 4 girls flaked on the workshop and we would have been completely without girls. After my tasty treat I approached a super cute blonde girl.

“Hey this is gonna sound totally crazy, but I want to offer you a weird job. It starts this afternoon and lasts for 8 days and you’ll be helping guys with their social skills and teaching them how to be more successful with dating.”

She goes, ohhhh like the book ‘The Game’? I was shocked that she had heard of ‘The Game’ but it made things so much easier. She eagerly accepted the position and promised to bring her cute friend named Myrthe. Her name was Else.

The girls worked with us for the next 6 days and due to mentoring and being their boss, both seemed attracted to me and my biz partner.

The problem was, back in 2010, we were both idiots. After the workshop ended we went back and forth trying to decide who would get to go after which girl. But it wasn’t up to us to make that call, it was up to them.

I used to get really salty when a girl wouldn’t give me love back and I would let it completely ruin my night and completely blow my chances with her.

This is what started to happen the first night we hung out the two girls after the workshop. We had decided that I would go for E and Brian would go for M. But M was giving me love instead of Brian and E was giving nobody love.

I convinced Brian to pull the switcheroo so I could go for M.

The next night, the two girls invited us out to a club. They were both giving a ton of love. I left with M to have space cake and then we came back and were basically cuddling on a couch in the club.

While sitting on that couch I went in for a lame, half-assed kiss attempt which got denied but it started the ‘Robbie feeling salty’ train.

I started questioning everything in my head and I became less and less present. The conversation started to die and then she wanted to dance.

On the dance floor, she and E spotted their ex boyfriends. I had no idea that these guys were they’re ex’s but in hindsight it all makes total sense.

They started dancing with them, talking to them, etc… and basically ditched us. This put me over the edge so I started acting like a total dickhead towards M.

Then I went to hit on other girls in front of her, doh! Gotta give props to Brian because he kept his cool and even though it took him 3 more days, he eventually hooked up with E on the last night.

The following day after the club/ex bf incident, the girls asked us to hang out again. I was a salty idiot and wanted her to feel the rejection I felt so I acted like a distant dick to her the whole time.

She was still into me but little by little that started to fade. Two days later, I was dead in the friend zone.

Moral of the story is sometimes girls go hot and cold for crazy reasons.

An ex coming back into the picture has to be the case more often than you’d think. If the explanation of why she went cold isn’t clear, you can almost always assume its another dude.

And that other dude isn’t any better than you, he just has a history with her, and even if he makes her miserable, she will be loyal to the history because a long term connection trumps short term attraction with a new guy.

Don’t get salty, be objective, keep your cool and realize that eventually she will come back around when her situation changes if you play your cards right.

And in the meantime, go out and hit on more women!

Inner Confidence is a men’s lifestyle self-help service provider, founded by Robbie Kramer, with a suite of products and content, including coaching, mentorship, and information products on dating, … END_OF_DOCUMENT_TOKEN_TO_BE_REPLACED