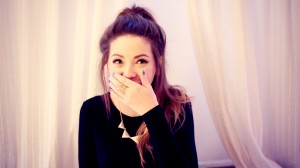 I recently polled a group of 10,000 women aged 18-35 who live in the LA-area who all belong to a private group on Facebook about what they consider to be DO’s and DON’Ts when it comes to sex.

The thread was one of the most popular I’ve seen posted, with over 300 enthusiastic responses from various women telling their tales/horror stories.

It was a hilarious read, to say the least. Keeping all anonymity, I read through all the responses and with their permission and selected the most memorable mentions to share with you, along with my own commentary.

The original posts are in italic text, my commentary in non-italic text. Trust me, you will want to read this one! There were so many responses that we have broken them up into 4 separate blog posts, and this is the second.

We hope you enjoy part 2

Wow. I’m glad this issue came up, it’s a big one. While as a guy, you might have a legitimate reason in your mind to not want to give head – keep in mind that to basically every girl this is incredibly childish and a gigantic turn off. When this happens, this is how I know I’m dealing with someone GREEN, and with very little experience…which turns me off from wanting to have sex with them entirely. Sex should be an all-encompassing, nothing-off-limits, lets explore together and who cares what happens kind of thing. I don’t think you’ll ever be able to mature sexually if you avoid it and you’ll never experience a truly good sex life without it! If the reason why you don’t want to give head to a girl is because you don’t feel like you know how to – the best method here is to JUST BE HONEST! Be open about it! Unless she’s just a straigh​t​ up biatch, most girls would take this as an opportunity to teach you, in a hot way. This is good because it gives you a chance to connect, grow together. One thing I do know for sure though is, when a guy tells me he’s not into giving head it’s like a part of me knows I can never fully respect him​, and that the sex won’t be good​. I pretty much write him off then and there. It’s THAT important.​ Lastly, this is what one lady had to say about the issue, so this should give you some idea as to how important it is: “I usually can’t have an orgasm through regular sex, so if they don’t go down on me I’ve learned to just delete and move on. Too many guys and too little time to be dealing with that”​​. Boom.

Turn off: ​I currently have a guy who I will never sleep with sending me pictures of his 11-inch penis and he thinks I’m into it. I’m not.

OK – another big issue. Guys with huge dicks. Sure, who doesn’t love a big dick. However, a lot of guys think that’s the end all be all.  It’s very annoying. Society trains us to believe that a humongous cock is every girl’s biggest dream/desire and that size is everything….for some girls I’m sure it is. But for most girls it is scary. I personally feel like I have a somewhat “shallow” vagina, and it’s easy to hit my “back wall” during sex regardless if dick is big or not. Hitting my back wall does not feel good, no matter how turned on I am. I could be mid-orgasm, and he comes ramming into my back wall and ruins the whole thing leaving me with a sharp pain that makes me want to double over. Some girls are built to take huge cocks; ya. But, guys with baby arms NEED to know how to work that thing and not hurt a girl. In my late teens and early 20’s especially, I can remember a lot of guys with huge penises and attitudes to match who I promise you had no idea how to use them properly and who thought having a big dick is the ticket to everything you need. In conclusion: guys with big dicks: if you put even MORE effort (than the regular guy would) into learning what women like, how our bodies work, being sensitive and gentle with your cock, understanding the in’s and out’s of a woman’s body – this is incredibly refreshing to girls and a HUGE pleasant surprise. Instead of running away scared, I’m made to feel comfortable, relaxed, and excited about what this big cock is about to offer me. In fact I’ve only fucked ONE guy with a big dick who knew how to use it properly and he’s set the standard for me, I think. So guys with big dicks: don’t think that’s your ticket to pussyville and don’t be too cocky…you’d be surprised how many girls will not be impressed by the size of your dick alone. There’s a lot more to it! If you have the opposite, buy cialis overnight delivery here.

Turn off: I don’t know if you ladies like hairy men, but one guy in the past did not man-scape, and if he finished on top, he or I would be picking his chest hair off of my body.

The mental image that this procured – OMG, eewwwwwwwwwwww lol. That is so nasty lmao. This has happened to every girl, and it is a bit of a turn off. If you are a particularly hairy guy, I’d recommend keeping your hair trimmed so it’s half a centimeter long. You don’t have to shave or wax it but you gotta do something. In general, body hair is not a hot thing. We don’t like to pick it out of places, spit it out, pull it deep out of our vaginas….it’s soooooo soooo sooo gross. I’ve literally had to pull another guys long-ass pubic hair out of my vagina before and I shudder at the memory of it. I’m embarrassed right now retelling the story. This was over 10 years ago and I still remember it so vividly – the bathroom I was in, the guy, everything. That’s how bad.

​T​urn off: one guy would fall asleep and take over my bed diagonally and I couldn’t even lay down.

LOL, this is only OK if you’re in “relationship” status. As a first time fuck, this is annoying.

Turn off: light up a cigarette after, like INSIDE, in bed. Gross

No. Just no. Unless it’s weed, get the F outside​ and have some consideration lol​!

​Turn off: ​I had a guy that kept saying “hi” when we were hooking up like in Forgetting Sarah Marshall.

The ​sad truth is​, you’ll never know if you’re doing something weird like this unless a girl you’re hooking up with tells you so! ​Nobody else gets to see how you act while in an intimate moment. You can easily get to a considerably old age with weird behavior, because none of the handful of girls you hooked up with bothered to tell you that you’re doing something bizarre. So, if you feel like you ​*​might​*​ be doing weird shit​, this would be a great reason to join The Leverage Group, and ask the guys for feedback.​ The group thread therapy sessions are more than invaluable for information like this. You NEED human, opinionated feedback and ​i​t’s much better to be embarrassed amongst a group of guys for a few minutes than do be doing something weird like this for years, turning off every girl you ever have sex with!

​Turn off: ​My friend had a boyfriend who would eat her out through her underwear!!! I cannot!

What? Why would he even do that? I feel like the underwear would be all water-logged WTF

​Turn off: ​I just don’t want anyone talking to me at all during sex. Like pretty much anything someone says when we’re hooking up sounds awkward or cheesy to me.

So, the reason why I chose to include this one is because I tend to agree that less is more when you’re fucking someone for the first time. Words can feel sooooo contrived, fake and cheesy. ​​That is why I encourage you to stray away from using verbiage when having sex with a new girl. I tend to lean towards moans, heavy breathing and panting​ only​. Unless it’s directional from you to her (i.e. commands) – you risk sounding cheesy or silly. Unfortunately, society has ruined sex in a lot of ways for us in this day and age. Everything can feel forced and fake, ​and ​it really is hard to find your sweet spot with someone where you feel like you can be expressive in the right way without feeling cheesy or dumb. However, with the right person this all goes out the window because the connection you guys share makes things that were cheesy, meaningful. And lastly, get advice from guys in The Leverage Group. That is what they are there for!​

Turn off: talking about how one night we will bring in another girl and have me watch..like..what??? IN THE MIDDLE OF IT

OK – can I just SCREAM this to all men, everywhere: UNLESS YOUR LADY HAS EXPLICITLY TOLD YOU THAT THE THOUGHT OF ANOTHER FEMALE IN BED TURNS HER ON AND SHE IS BI-CURIOUS OR BI-SEXUAL, DO NOT EVER MENTION ANOTHER GIRL AROUND HER, ESPECIALLY WHILST FUCKING HER. JESUS CHRIST YOU MORONS

Turn off: There was this guy who would dry hump me and moan nonstop “unh unh unh” whether or not he was inside me…also he was having whiskey dick problems so we decided to try again in the morning. Got no sleep because all morning the BED WAS SHAKING as he was trying to get himself hard while I laid there and pretended to be asleep. So awkward. Needless to say that never happened again!

Ok, this has so many fails…I don’t think I have to delve into whats really attractive about this situation. I think as a general rule of thumb it’s safe to say that females are ALWAYS uncomfortable around guys while they’re jacking off. It just makes us feel weird. The sound, the motion, the thought of not being able to satisfy you…just do us a fucking favor, and go elsewhere! Are you trying to make us feel weird? God damn!! It reminds me of this chronic jackker-offer who used to walk around beating it like as a nervous tick….WTF ugh, NO.