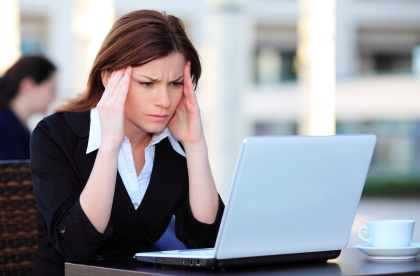 I recently polled a group of 10,000 women aged 18-35 who live in the LA-area who all belong to a private group on Facebook about what they consider to be DO’s and DON’Ts when it comes to sex.

The thread was one of the most popular I’ve seen posted, with over 300 enthusiastic responses from various women telling their tales/horror stories.

It was a hilarious read, to say the least. Keeping all anonymity, I’ve read through all the responses and with their permission have selected the most memorable mentions to share with you, along with my own commentary.

The original posts are in italic text, my commentary in non-italic text. Trust me, you will want to read this one! There were so many responses that we have broken them up into 4 separate blog posts, and here’s the first! We hope you enjoy 🙂 xo, Genevieve

Turn Off: When they get up, get out of bed, and get dressed immediately.

Like, wtf bro. I *just* got done having sex. Can you chill for a second? Unless I’m being extremely annoying and I don’t realize it (highly unlikely) you are straight up ruining your chances of fucking me twice. Seriously.

This is something a lot of guys do, believe it or not. I think they think its funny. It’s not funny. It’s awkward.​ Unless you’re 19 and actually need the feedback, this is not something a grown-ass-man should do.

Ahhh this reminds me of the Sex and the City episode where one of the girls is ​banging the fucked-in-the-head Catholic schoolboy who ​always ​has to shower right after sex. Let the juices simmer, you weirdo​.​

​Turn off: ​When ​a guy goes to the kitchen and immediately eats a disgusting amount of food.

Lol, I actually feel like I could get down with this.

​Turn off: ​I once had a guy during an intimate moment ask, “who’s pussy is that?”​ ​in a baby puppy dog kind of a voice.

Speaking in the 3rd person is never not-weird. Just FYI

​Turn off: ​Talk about their penis size, “Sorry its not big enough.”

Don’t ever apologize for anything​ you can’t change about yourself​, even a small dick. If you’ve gotten this far with her, WHY?​ ​Not hot. Roll with it. If you really want to improve your penis size, you can request a consultation for Belcourt Aesthetics Penis Enlargment.

​Turn off: ​Do not tell me you have never been with a black girl before. Am I supposed to give you a high five or something​?​

Ok, this is just ridiculous. People are so silly​. ​Don’t act like its some kind of novelty, please! Wtf.

​Turn off: ​I had an ex-boyfriend that was a bodybuilder and he ALWAYS had this stench to his dick…like even fresh out the shower, it made me so nauseous. I feel like it used to stick me for days after.

I had this once before with a guy who was a surfer! I guess it’s not like you’d be able to tell if your stench was intensely nauseating to the girl you’re fucking, but in general just be on top of your hygiene. And that ​primarily ​includes the way your ballsack region smells.

OK – this one is epic. ​I’m soooo glad this came up. ​This could actually be HOT if it weren’t for the fact that his ass smelled like shit! In general, I feel like guys need to step up their ass-hygene game. Like seriously, wash that shit out with a soapy washcoth, twice ​to three times in the shower. You should literally be able to take your finger and press it up against your butthole after washing, rub it around a little, then smell your finger and not have your finger smell like shit. If you have a smell-free asshole, think of all the sexual positions you could do! I think the best sex is dirty, weird, random, sloppy, messy​…and you want to be prepared for that. Also, take a beard and mustache trimmer to your butthole and trim off the excess butthole fuzz. Your pubes and butthole hair should be trimmed AT ALL TIMES. NO girl wants to get pubes in her mouth after sucking you off. And on that note, I’m going to give you a bit of gold information. If you wax your balls so that they are baby-smooth, girls will literally not be able to stop touching/licking them. It’s like crack for girls​. Take care of it boyz!!!!​ It might be awkward to read this, but this stuff is happening in real life and it needs to be STOPPED. For the love of God, PLEASE step up your asshole hygiene. ​

​Turn off: ​Sneaking it up my ass after I had an orgasm thinking I wouldn’t notice.

Inner Confidence is a men’s lifestyle self-help service provider, founded by Robbie Kramer, with a suite of products and content, including coaching, mentorship, and information products on dating, … END_OF_DOCUMENT_TOKEN_TO_BE_REPLACED