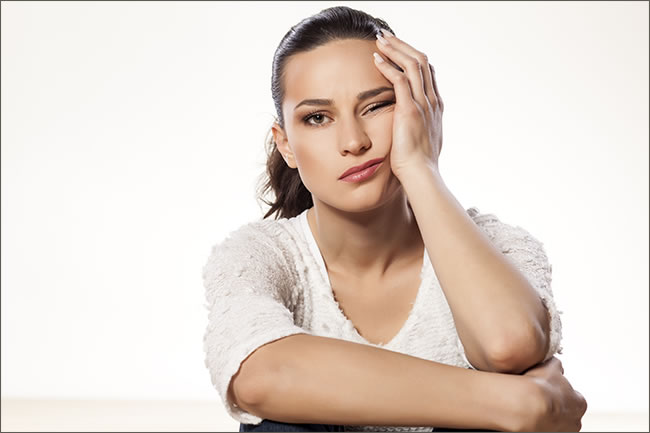 Guys, you’ve been in this situation before. You meet a girl out at a bar, and she has an adorable accent.
You: “Where are you from?”
Her: “Norway.”
You: “Oh cool. What part of Norway?”

Or what about this one:
Her: “I’m from Chicago.”
You: “I have a friend who lives in Chicago.”

Ugh. Stop doing this too.

These are the typical responses that every loser says. You don’t really care what part of Norway she’s from, and you have no real value to add to the conversation once she provides her answer. She doesn’t care that you happen to have a friend from Chicago, a city with a population of 3 million. And she sure as hell knows you don’t care what kind of modeling she does.

What do these three lame responses have in common? They lack social awareness, a trait that’s crucial for showing you’re a competent guy who has his life together.

Social psychology researchers have found that in every casual social interaction, conversation falls into one of three main categories:
1. Information
2. Preferences and feelings
3. Here and now

I constantly hear my female friends talk about how all the guys they meet are creepy, boring, or unoriginal. Why do most guys suck at having conversations with women? Because they’re skipping an entire category, or worse, two categories!

If you only convey information, you’re boring. Picture the finance guy or lawyer who has nothing to talk about other than his job.

If you convey information, preferences, and feelings, you might be interesting, passionate, or even confident, but you’re not sexy. Think of the guy who’s able to befriend every woman he meets, but struggles to generate that spark of attraction we all crave.

Discussing the here and now is when you point out what the other person is feeling or thinking. If that sounds overly simple, it’s because it actually is that simple. In fact, it’s one of the most straightforward social skills that guys can learn to improve their dating lives.

If you convey relevant information, express strong feelings about the world, and can call out what’s happening in the moment with a woman, that’s when you become more attractive than 99% of guys. That’s what it takes to stop being boring.

So if you feel weird about hitting on a woman in front of her friends, say “I had to risk embarrassing the hell out of myself to hit on you in front of your friends.” Sure, this is out of the ordinary, but most of the time they’re sure to laugh and appreciate your awareness of their perspective and the relevant social norms.

If a woman looks like she’s in a hurry, approach her as you usually would and see how she reacts to your witty confidence. If her body language is signaling that she is still trying to leave, call it out: “You look like you’re in a rush. I’d love to continue this conversation, so give me your number or if you don’t like me, give me a fake one and I’ll let you go.” A cheeky smile goes a long way when you’re bringing up what others usually leave unsaid.

If the conversation is heating up and she’s holding eye contact longer than usual with her shiny grey coloured lenses, say “I’m having a hard time focusing on our conversation because I can tell you totally want to make out with me.” Before you dismiss that one as too cheesy, try it in the right moment and you’ll see why it’s an honest and vulnerable thing to say (even if it is slightly cheesy!).

What you’re doing is forcing the subtext of your interaction to become the context. You’re speaking what others are thinking, but are too uncomfortable to say out loud because doing so would violate social protocol.

Being able to bring unspoken communication to the forefront of discussion in a way that’s humorous signals your social competence, honesty, and playfulness. These are three universally attractive traits.

This may seem like it’s socially uncalibrated and risky. However, when you do it without being awkward or desperate, it highlights a deep understanding of human behavior. As a result, it’s an extremely attractive conversational skill.

These don’t need to be extremely witty or brilliant responses. Their purpose is to point out what’s happening in the moment. By doing this, you show your awareness and concern for her emotions and thoughts.

Social awareness is one of the most attractive traits a woman can sense from you. A guy who can discuss information, preferences, and feelings might be the most amazing conversationalist in the world, but a boring conversationalist who’s better at discussing the here and now will get the girl every time. He strikes her on an emotional level. He creates tension.

Picture the icon of the “strong and silent type,” James Bond. He’s comfortable calling out the moment exactly how he sees it, and women go crazy for it. There’s a classic scene in Casino Royale where Daniel Craig’s Bond shows off this skill perfectly when he first meets the film’s love interest, Vesper Lynd. Rather than shying away from tension, he leans in and says to her “I’ve been able to detect an undercurrent of sarcasm in your voice,” in the most subtly charming way possible.

The important elements of social awareness are being able to recognize what people are feeling, expressing that you recognize what they’re feeling, and responding in a way that makes them more comfortable. While we can’t all be James Bond, anyone can learn to focus on the here and now to create deeper emotional connections.

Most guys think that the purpose of conversation is to facilitate a transfer of information, but it’s actually to share feelings or thoughts about the world. Those are the ways we form emotional connections through conversation, and those connections are built on the intimacy of the here and now.

Nothing in dating makes sense until you view it in the light of emotional connection. Women don’t connect with you by sharing facts. They connect with you when you open up, allow yourself to be vulnerable, and share feelings, so start channeling your inner James Bond and call out what’s happening here and now.

170 episodes
Ready to take your lifestyle to a whole new level? Discover all the benefits of upgrading to a Leverage Membership.

Inner Confidence is a men’s lifestyle self-help service provider, founded by Robbie Kramer, with a suite of products and content, including coaching, mentorship, and information products on dating, … END_OF_DOCUMENT_TOKEN_TO_BE_REPLACED