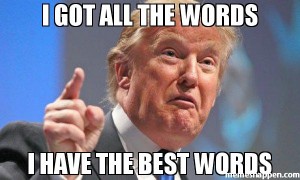 When you’re walking up to a girl and meeting her, your first impression is crucial, but there’s one step here that I see a lot of guys mess up. They’re so nervous that they forget to use the same social skills they use in all their other interactions.

When you’re nervous, your intelligence drops. Your fight or flight system gets triggered. You get overly literal and hang onto every word she says. Contrast that to a conversation you have with a close friend or a family member. In these interactions, you’re able to read the emotions beneath their words.

If you came home and said to your roommate “Hey Johnny, how was work today?” and he responds tersely, “It was fine,” you know that he was pissed off because you’re detecting the emotional context beneath his words.

But we forget to use this same skill when we’re around a hot woman.

It’s not that people are consciously lying, but in today’s world it’s rare for people to express the brutally honest truth. You get responses like “It was fine” or “I’m good,” when often what people mean is “Today was whatever. Nothing good happened. Nothing bad happened. I’m just saying ‘fine’ because it’s the programmed response I’m expected to say.”

Picture this: a day game interaction where you walk up to a girl and say “Hey, I saw you standing here and I had to risk embarrassing the hell out of myself to come meet you.” She doesn’t smile or laugh, but responds “Ok. Now what?”

You’re nervous and stumble over a response. “Uhh… now, uhh… now…” You’re at a loss for how to answer her question “Now what?”

But here’s the thing: she didn’t really ask you that question. She doesn’t care about your answer. What she did was give you an emotional reaction. If you read beneath her words for the underlying emotion, she’s not actually asking anything, but expressing that she’s feeling unimpressed.

The best thing to do here is to call it out by playfully delivering an honest statement like “You look like you’re not very impressed.” Calling it out allows her to connect with you, because people connect via shared emotions. She’ll probably laugh because you were able to accurately identify her feelings.

Social communication is built on the expression of emotions, not facts. When you connect by sharing emotions, you build a deeper connection, and your conversation partner feels more comfortable being honest. Sharing deep truths about ourselves starts with small things and escalates as both people get increasingly comfortable. This only happens when there are shared emotions.

If you were correct in your assessment of her emotions, she may follow up with something like “No, I’m sorry I was rude. I’m just having a bad day.” This is an opportunity to have a vibing conversation. “No worries. Hopefully the random guy hitting on you on the street is making your day better. I’m Robbie.”

It’s rare that I see guy who hasn’t done a ton of approaches speak to a woman’s emotions. Instead, he just speaks to her words, so his approaches don’t go anywhere, and he can’t understand why.

You never want to be stuck in a surface-level conversation or asking logical questions that don’t matter.

To really get good at connecting with high value women, you need to understand what they’re saying beneath their words. If every guy could flip that switch to speak to emotions instead of what’s on the surface, not just with women but with everyone, communication in our society would be easier.

If you compare North America and Western Europe to other societies like Eastern Europe or South America, the social communication differences are striking. These cultures value direct communication. This is in contrast to North America, where people have thin skins and are afraid to have their feelings hurt. Everyone walks on eggshells with an artificial sense of politeness.

The result is that no one ever feels uncomfortable, but at the same time, everyone is disconnected. Male-female dynamics are complicated. Business dealings are difficult. It slows down any interaction where direct communication is needed to get from point A to point B.

How do you speak to someone’s emotions instead of their words?

To identify someone’s emotions, read their facial expressions, vocal tonality, and body language. While you’d have no chance of doing this if you were an alien visiting Earth, modern neuroscience has shown that the human brain naturally has this ability. It’s just a form of pattern recognition that you can tap into with practice. Watching movies is one example of how to practice, as is watching dating shows, or even practicing meditation to get in touch with your own emotions.

There are also two books that everyone should read to speed up their progress: What Every BODY is Saying by Joe Navarro, and Emotions Revealed by Paul Ekman.

Want to have an easier time connecting? Stop focusing on the words people are explicitly saying, and instead listen for the emotions they’re expressing beneath the surface.