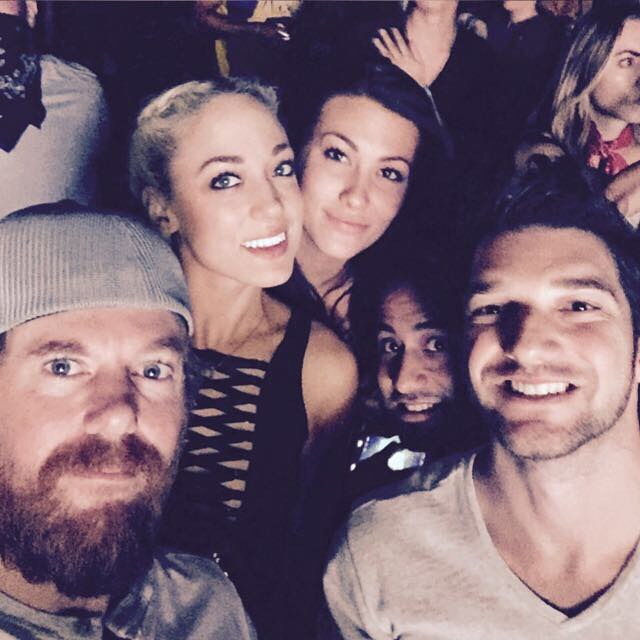 If you don’t feel confident in your dating life, it says nothing about your character. It’s just an indication that you need more practice so you can stack more wins.

There’s a lot of nonsense out there on what confidence is, or what it takes to develop confidence. Confidence is the thoughts and feelings that result from a series of wins stacked together. It’s your expectation of how you’ll perform in a given situation, and it’s different from self-esteem, which is your overall evaluation of yourself.
I was reviewing Mate by Tucker Max yesterday and found a brilliant definition of confidence:
“Confidence is the realistic expectation you have of being successful at something, given (a) your competence at it and (b) the risk involved with doing it.”

Confidence ONLY comes from experience. “Fake it till you make it” is a bad long-term strategy because no matter what you tell yourself, your brain subconsciously creates a metric that assesses whether or not you’ll do well in this situation with reasonable accuracy.

However, in some cases, the idea of “Fake it until you become it” applies. One of those cases is with improving your body language, which Amy Cuddy brilliantly describers in her famous TED Talk:

Unfortunately, there is no faking out your own psyche when it comes to how confident you feel about your abilities. You can’t lie to yourself, yourself is smarter than you are, LOL, confused yet? I am. Anyway…

If you step up to bat against a major league pitcher, you know that the best guys in the world are getting a hit 30% of the time, and getting on base 40% of the time. How confident should you be if you don’t play baseball? What if you played in high school or college? Anyway you look at it, your confidence isn’t gonna be very high!

You develop a higher level of confidence in any domain when it’s something you’ve done often, when you’ve failed over and over, and when you’ve achieved some success. When you learn what works and what doesn’t, you develop an accurate assessment of how you’re likely to perform in any situation.

If you keep practicing and the wins aren’t coming, it means you’re practicing in the wrong areas, getting bad advice, or you have blind spots you’re unaware of. Don’t keep doing the same thing over and over, hoping for a different result. That’s crazy. Get some coaching, learn proven methods of success, and practice those methods. That’s the only way to develop confidence over the long haul.

What most guys don’t realize is that women don’t actually want to reject you. They don’t enjoy it. They have no desire to make you feel bad about yourself, they are only doing their best job of exiting an interaction that doesn’t interest them.

If they aren’t attracted to you, their goal is to signal to you in the least awkward and offensive way possible that you should move on. Unfortunately, most guys don’t pick up on these signals.

1. The first hint occurs when she communicates with a passive businesslike manner and avoids eye contact. This is when you get one-word responses and she doesn’t actively engage with anything you’re throwing out there.

2. If you persist, you’ll get the cold shoulder. This is what’s occurring when guys interpret women’s behavior as subtly “cold” or “bitchy.” She starts going from passively rejecting you to being actively dismissive.

3. Finally, if you haven’t gotten the message by this point, she’s likely to say something that you interpret as condescending, rude or mean. She’s doing everything she can to get you to leave.

The thing to remember is that this behavior isn’t really about you, because most women constantly get hit on really poorly. They’ll frequently encounter sociopathic guys who have no fear of rejection. These guys will walk up and say whatever they want. Their confidence occurs from the lack of a biological fear response, so they have no calibration to her signals.

The other common uncomfortable way women get hit on is by guys with poor social skills. Guys who can’t pick up on social norms, like guys with Asperger Syndrome, come across as creepy to women because they’re oblivious to the signals women are sending and they keep on pushing. Like guys with sociopathic traits, this is a category of guys that women have to go out of their way to send signals of rejection.

Should I hit on less attractive girls?

Back in 2007 when I was working through the requirements to become an approach coach for Pickup101, I needed to get an infield hidden camera video where I got a number or instant date on camera- a daunting task. I spend an evening walking around the UTC Mall in La Jolla and hit on 32 women.

I got the “I have a boyfriend” line 32 times. I vividly remember letting a few approach opportunities with the hottest girls go because I felt like I had less of a chance with them. But after 32 rejections, I was completely annoyed and on the verge of feeling straight up angry.

Finally, on the 33rd approach I was able to get a girls number, but the audio didn’t work. I really wanted to destroy those stupid wireless microphones- I was so angry I needed to break something to release my frustration. But I got some Zen calming advice from my cameraman and called it quits that day.

We later traveled up to West Hollywood for the weekend and hit up the Beverly Center for more approaches. The talent in LA was way better than in San Diego, and even when I get rejected the girls were way sweeter about it.

It dawned on me that the hotter the girl, the more experience she has rejecting guys. Because of this, the idea that you should “warm up” by talking to less attractive women is a silly one. Doing so will only lead to harsher rejections, because you’re dealing with a girl who doesn’t have as much experience confidently and respectfully exiting conversations. Less attractive girls have less experience dealing with guys in general.

Men and women have radically different experience with dating. Women get hit on so often that they develop experience rejecting men.

Ever since she hit puberty, an attractive woman has dealt with all kinds of guys approaching her, checking her out, making suggestive comments. By her 18th birthday, odds are she’s already had six years of this happening every single day. Compare that to a typical 28 year-old guy who’s hit on 100 girls in the last year: she has way more experience under her belt.

Regardless of how experienced you think you are, I promise she has more experience rejecting guys than you have being rejected.

But remember that most of the time women are being hit on by guys they don’t want to talk to. That’s good news for you. You’re not a construction worker catcalling her as she walks down the street, you’re not an intimidating sociopath, and the better you get, the easier for you it becomes to read the social signals she’s sending nonverbally.

And if you were wondering, I finally did get a number on camera. Here’s the footage. Notice my horrific outfit, bad posture and general dorky-ness:

If you have a good eye for reading women’s reactions, you probably noticed that this girl was not into me at all. This is the classic example of a pity number. She just gave it to me because she didn’t want to make me feel bad, especially on camera! Needless to say, she never responded to my texts but hey, I got the video.

Here’s one tip that I use all the time when asking for a girls number to alleviate any awkwardness. Just say “Give me your number or if you don’t like me, give me a fake one.” She will always giggle. It turns the taboo number exchange into a laugh which can only strengthen a connection.

Inner Confidence is a men’s lifestyle self-help service provider, founded by Robbie Kramer, with a suite of products and content, including coaching, mentorship, and information products on dating, … END_OF_DOCUMENT_TOKEN_TO_BE_REPLACED