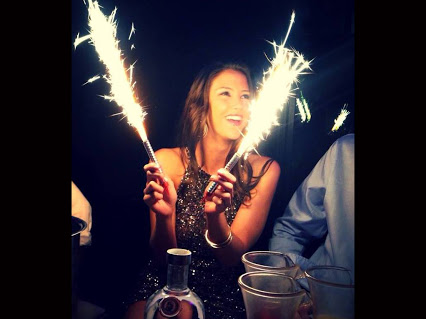 I was a bottle service cocktail waitress at a popular nightclub in San Francisco for 6 years.

I’ve been around the block 🙂

There are typically a few types of guys you will run into that buy tables. Once you have a better perspective of what everyone else is doing, it’s easier to understand where you fit in and whether or not you’re the type of person who would enjoy bottle service or if it makes more sense to meet women somewhere else.

If you’re a woman, ignore the next paragraph and simply read the article.

If you’re a man and you’re trying to improve your social and dating skills before reading this article it’s important to understand the psychology of women who frequent nightclubs where you’ll be ordering bottle service. This video breaks down how you can succeed with the model quality women you’re hoping to meet while popping bottles.

When you understand the four different types of guys that girls typically deal with when at tables, you can position yourself accordingly and understand the dynamics happening around you.

If it’s not a situation that you’re accustomed to, it can be pretty confusing and can take a long time and a lot of money to figure out. I got you covered!

1. The expense account guy (aka the guy who isn’t paying for it with his own money)

The expense account guy is the guy who gets tables, but it’s totally obvious that he’s not the one who’s actually paying for it.

Whether it’s his parents money, or money he earned it …this guy usually comes paired with super drunk, belligerent friends who are rude to the waitstaff and generally all over the place.

They don’t seem to appreciate what they have in terms of service, and with their group the bottle rats are abundant, and even their bottle rats come with an attitude!

They don’t HAVE to be assholes, but they typically are. I’m not sure why, but theres something about people who are spending other people’s money that makes them less appreciative for the experience as a whole, and this comes through in their behavior.

They are often combative, very very drunk, and not put together. Turn off! They are known to tip badly, as well. I don’t think I have to delve into why this type of person is annoying and not respectable.

Bless their hearts, they are trying to be cool.

They are new at this, and don’t really understand how to navigate around a club.

They are usually very enthusiastic, have multiple questions, and at least one member of their group will get in a fight with someone by the end of the night or get kicked out of the club for being too sloppy.

They are the no-chill group.

Once in a blue moon you’ll come across a rookie who thinks hes too cool for school because he’s spending “tons of money”. But for the most part, these guys just look silly and try-hard.

The regular are the guy or group of guys who come in all the time, know the staff, bring a solid crew with them and generally know what they’re doing. SWOON.

Many of my regulars went on to become my good friends (or hookups, lol) even after I stopped doing bottle service.

They’re good guys to know because, they know and understand social protocol and are respectful people.

They tend to have a swagger to them.

They’ve made an effort over the years to actually be my friend and not treat me like I’m beneath them.

My regulars are people that I’ve learned a lot from. They typically have dynamic, lucrative and interesting jobs that allow them to spend money on bottle service on a regular basis.

They’re inspiring people who have served as mentors for me as well.

For whatever reason, people who get bottle service on a regular basis tend to generally be solid individuals that other people are going to be attracted to.

They may have not started out that way, but they’ve learned a lot from the time they’ve spent out in social situations and at nightclubs, and it comes through in the way they dress, speak and act.

As someone who is looking from the outside in, it has been interesting to be that person who is in a position to watch the change in them over the years, to see them go from a shy, dorky guy to a baller who runs the scene, becoming a guy I want to hook up with.

It is inspiring to watch! Now, it’s the people who don’t change, and continue to be out in the clubs spending/wasting money on bottles every weekend that make me wonder what it is they’re doing and why. And believe me, there ARE a lot of people who take this route!

Not every regular goes on to be a legend, but most are guys who I would put in the “A” category.

Another point I want to make is, people who get bottle service on a regular basis typically don’t do it for entertainment purposes only. That is how it begins, but as time goes on it stops being so much about fun and becomes more of a second job to them.

They are making sure the money they spend on bottles goes further than just down their throats, and it becomes a legitimate networking tactic that actually progresses or advances their lives in one way or another.

Usually, these people also become great friends with the owners of the club and will get hooked up with tons of friends and family discounts, and they become part of the club family as well.

We will go out of our way to look out for them, have their backs and truly regard them as VIP’s.

The promoter doesn’t always have to be a douchebag, but hey…there’s a reason the stereotype exists.

Now the disclaimer: there is always the exception to the rule (blah blah blah), and I know a couple promoters that I absolutely love to serve.

Guys that I consider friends, and guys who are considerate individuals that don’t make you feel like your presence is getting in the way of their paycheck.

That being said, most promoters are simply just a pain in the ass and sleazy to boot. Their behavior oozes “I don’t give a fuck about you”. There’s something about the promoter vibe that not only makes me want to NOT go out of my way for them like I would any other client…I actually have found myself wanting to sabotage them in some way, lol!!

They’re pompous and expect so much at the same time. High maintenance with attitude. Bad tippers. They often act like God’s Gift, which annoys the entire staff.

The promoter behavior and attitude make it SO abundantly clear that he’s just here for the money, and it takes away the enthusiasm I have as a server. Often times too, they don’t even tip – the club tips us on their behalf!

When you make your intentions super clear to someone, it takes away some of your power. If I know exactly what it is that you want, there’s no need to play any more games and the relationship becomes VERY cut and dry all of a sudden. I stop being as polite, and more jaded. Their presence begins to irritate me and I don’t feel the need to give them as good of service, as bad as that sounds.

So, I guess the lesson here is, don’t ever make your intentions too clear, and treat people with respect even if you don’t think they can offer you something at that moment. Take the extra time to make people feel appreciated, and they really will bend over backwards for you.

Now don’t get me wrong, not all promoters are like this. The ones that really know what they’re doing have every staff member of the club in love with them and swinging from their nutsack! – lol.

They can do their job and create great relationships at the same time…it’s totally possible!

It can be easy to get an ego, it’s on you to keep it in check, even if you are bringing something to the table. Don’t make people loath you – it’s that simple.

All that being said – there’s all kinds of people who get tables for bottle service and not everyone is going to fit into these 4 categories. I mainly wanted to provide you a little chuckle from my personal experience serving these types of people.

My top tips to an enjoyable bottle service experience

For more on how to optimize your experience at clubs, check out this article we wrote on the Unspoken Rules of Bottle Service.