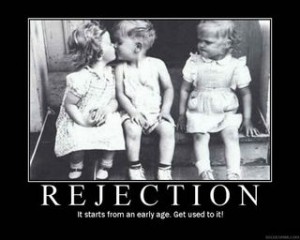 I wanted to share a concept I learned from Tony Robbins that I had shared with our one-on-one client.

It’s a very simple concept, but can be a game changer that can completely turn your ship around if it’s headed in the wrong direction.

You can’t change your past and the events that have occurred, but you can change what it means to you.

For example, you may have approached a girl, not known what to say, fumbled the conversation, and got denied for the phone number.

Nothing you can do to change that event.

Now it’s up to you to derive meaning from it.

A common response that I see, which is not useful for making progress, is humiliation. “Because I approached, didn’t know what to say, fumbled my conversation, and got denied for the number, I feel humiliated”.

As a result, I am never going to approach and do that again because it will mean more embarrassment.

Thus feeling humiliated won’t help progression when it comes to getting better with women. So, how else can someone potentially feel instead of humiliated? Here are a couple of other options:

#1 – triumph/pride. “At least I did it. I’m going to celebrate my victory of taking action and putting myself in that situation despite not getting the result I wanted. I’ve been suffering for years and years of being alone and not getting the women I want, but today I took one step towards changing that, and I’m getting closer to reaching my goal.

I did something today that the old me probably wouldn’t have had the balls to do, and I just did it”.

#2 – Excitement at the knowledge that something even better is going to come. I observe my coach talk about this all the time and this is definitely one of his models. He’s a poker guy and sees them as streaks. The longer cold streak he has, the more excited he gets because he knows he’s due for a sick hot streak. He’s one closer.

My favorite analogy is a slot machine with a progressive jackpot. You put a quarter in and if you don’t win, the jackpot goes up. If you keep putting quarters in, one day you’re going to win. It’s inevitable, and the payoff is huge.

The great thing is you essentially have unlimited quarters. Each approach is a quarter. Each time you ask a girl out on a date is a quarter. You practically have as many quarters as you want.

Keep putting them in because eventually you’ll hit the jackpot.

What meaning you derive from the outcome is your choice.

It is literally seeing the glass half full or half empty.

If you want to get really good at this, choose to see the situation in a way that will help you get better.

Inner Confidence is a men’s lifestyle self-help service provider, founded by Robbie Kramer, with a suite of products and content, including coaching, mentorship, and information products on dating, … END_OF_DOCUMENT_TOKEN_TO_BE_REPLACED