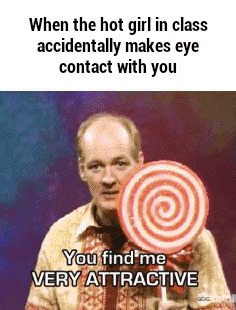 Here’s my interview with hypnotherapist and Neuro-linguistic Programming (NLP) Master Practitioner Jonny Dupre on how to form emotional connections with women.

The idea that hypnosis and NLP could be used to attract women first occurred to me when I read The Game in college.

One of the more memorable scenes in the book is when Ross Jeffries runs an NLP routine on an unsuspecting waitress.  Soon enough, the waitress falls into a trance and admits to Ross that she’s attracted to him even though he’s not her type.

When I first read the book, I assumed that the hypnosis and NLP stuff was basically bullshit.

After several months of failing with pickup lines, however, I took another look at hypnosis and NLP.

While Ross’s work never really resonated with me, I became fascinated with Hypnotica and Steve P, who you might remember from the David DeAngelo programs.

I wasn’t really introspective at the time, but Hypnotica and Steve P helped me to become more aware of the inner game issues that were preventing me from succeeding with women.  I came to terms with past feelings and gradually learned to surface them, and then let them go for good.

I ended up spending several years going through various hypnosis and NLP programs and eventually became a certified Landmark instructor.

The big lesson I took away was this:

One of the most shocking things I discovered is that most of the stories we tell ourselves are total bullshit.  Our reality and our story, which we think we form objectively, are actually completely skewed by our unconscious perceptions.  When we learn to see different situations from different angles – without blame, judgment, or other negative emotions – we wake up, become aware, and take responsibility for our lives.

In my own case, I realized that I had many of the typical issues facing “nice guys.”  My “niceness” was actually just a mask for the laziness, entitlement, and fakeness that I unconsciously felt on the inside.

Interestingly, as I worked on my inner game, I noticed that things in my outer world, such as my body language, immediately improved.  I no longer looked like I was apologizing for my existence.

Over time, I developed a system for how to merge inner game and outer game.

While I would certainly encourage everyone to spend some time learning hypnosis and NLP, I think that you can get many of the benefits that these tools offer simply by getting brutally honest feedback from people who genuinely care about you.

Things about ourselves that are obvious to others – especially to women, who tend to have well-developed intuition – can completely elude us guys.

One of the downsides of our polite society — where everyone pretends to be nice to each other — is that we miss out on this feedback.

Researchers, in fact, have discovered that feedback is one of the keys to achieving a state of high performance in any area.

I think, incidentally, this is why a lot of naturals with women played team sports as kids.  The social feedback that comes from teammates tends to weed out douchey behavior that lingers in others.

One of the reasons why the Leverage Program delivers results relatively quickly is because it emphasizes personalized feedback — not only from me, but also from others in the group.  Think of it as crowdsourcing social feedback.

Being smart guys for the most part, Leverage members realize how they come across in their day-to-day lives and figure out for themselves how to implement lasting change.

Again, here are the links for the Jonny Dupre podcast:

Let me know what you think.