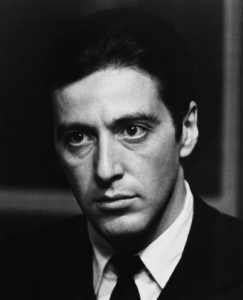 Not only do they have a solid foundation of who they are: their morals, world views, character traits,but are also completely sincere when projecting these things to others.

They don’t apologize for something they hold to be true if it offends you; they don’t try to be someone they’re not.

Sure, you might think “yeah, well these guys are all good looking, rich, and superstars!” Well so are thousands of other actors, athletes, and big shots, yet they don’t receive the coveted title of “Sex Symbol.”

Granted you will probably never be an internationally recognized sex symbol either, but you can be to the women you encounter.  Being calm in the midst of chaos, being steadfast in your beliefs, taking action in pursuit of your desires, and setting clear boundaries are all extremely attractive traits.

The all too often talked about “nice guy syndrome” stems from a lack of the aforementioned traits.

Nice guys are quick to apologize for any possible offense they may give, rarely do the things that they want to do, instead taking on other peoples’ perceptions of what is best for them, and most importantly, avoid having controversial discussions at all costs.

Nice guys exhibit these nice guy patterns, and women become dryer than the desert five minutes into a conversation with one.  The reason for this is that these guys are just uninteresting.  How could one be if he doesn’t strongly believe in anything and acts in a servile manner all the time?

You shouldn’t feel the need to defend an image you have of yourself, be sincere and say what you’re thinking.

Grounded guys don’t freak out over the stupid shit that most people do.

A girl flakes on him?  Whatever, her loss.

He’s late to something?  that’s unfortunate, but there’s nothing he can do about it so no need to get heated.

Something doesn’t go according to plan?  Adapt, Improvise, and overcome.

If a girl sees you flip out over insignificant bs, how can she be sure you’re not going to strangle her when your relationship is going through a rough patch?

Similarly, when a cool guy sees you freak, he immediately pins you as a dork, and will want nothing to do with you.

Some early steps to take to become more grounded would be, as always, upgrading your peer group, meditation, and approaching more women to experience confrontation and rejection.

Meditation, even for 10 minutes a day, is a practice in calming the mind and observing the body.  Whenever I find myself getting riled up, if I can, I will sit down, close my eyes, and clear my mind.  It helps EVERY time.

Lastly, find out what you stand for.

Have interesting opinions that are not what everybody else thinks.

Know where your boundaries are, and women and men alike will begin to respect you much more.