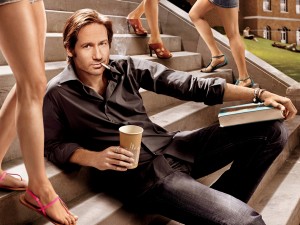 By naturals, I mean guys who – without studying game — consistently attract hotter and higher quality girls than what their looks and social status would normally predict.

Almost every natural I know has one important thing in common: a versatile, adaptable personality.

Naturals intuitively adjust to the social situation at hand. They sense the emotional vibe in a room and act accordingly. They understand how to relate to different people in different ways.

At work, they are analytical. In sports, they are competitive. They are loud and funny at the bar, more subdued in smaller groups.

This ability to be versatile and adaptable is what makes naturals so attractive to women. Naturals are good at responding appropriately to girls’ volatile, fluctuating emotional states.

When girls meet a natural, they feel like they have finally found a guy who can satisfy them in all the ways they want.

Naturals seem to embody the best of the bad boy, the nice guy, and the high-achiever.

So you should become more versatile and adaptable like naturals, right?

Like all good things in life, a versatile, adaptable personality has its downsides.

Believe it or not, naturals often lack inner confidence.

True, they don’t nervously piddle around with their hands in their pockets.

It’s more subtle. Naturals often lack boundaries and a strong sense of identity. They internalize at a young age that the key to being popular and receiving positive feedback from others is to accept the standards of those around them. They can become complacent and unquestioning. They may lack the courage to persist in the face of critics.

Most guys never achieve the same level of success with women and dating that naturals do.

But the most successful guys I know actually are not naturals. They are guys who have a strong core and a clear understanding of what they want in life. They learn how to become more dynamic and socially attractive without losing sight of their own values and overall purpose in life.

So what’s the solution?

Guys who lack the versatility and adaptability of the natural typically have two sticking points that they need to address:

(1) They are not introspective enough. They take for granted that their personality is fixed without considering why they became so one-dimensional in the first place. Often, their behavior is a psychological defense against some sort of social rejection – real or perceived – that they felt at some point in their lives. They go too far in embracing some parts of their personality while running away from others. Unfortunately, this perpetuates the very cycle of social rejection that they, subconsciously, are seeking to avoid in the first place.

It’s a complicated subject, but one that the psychologists Marilyn Holmes and Michelle Newman capture nicely in the explanation of “negative interpersonal cycles”:

…fear and negative expectations about social situations can lead to problematic interpersonal behavior. Such behavior may pull for others to respond in ways that reinforce negative expectations and ultimately maintain a psychological disorder. For example, an individual who habitually worries that others will think badly of him may act overly intellectual in an attempt to gain self-confidence. His self-presentation might alienate others by appearing condescending, self-absorbed, or emotionally aloof, making others less interested in interacting with him in the future, hence confirming his fears. These patterns have been labeled negative interpersonal cycles…

(2) They are shortsighted in the way they spend their time. Even when they consistently fail to meet the right women in their day-to-day lives, most guys refuse to leave their comfort zones. They don’t attend different events, try new hobbies, or make new friends, viewing these things as distractions or a waste of time. It’s a reasonable concern. But it is often unfounded. They underestimate the potential for new experiences to change their personalities and become more attractive in the long-run.

So understand naturals, but don’t necessarily emulate them. Instead, look deeply at the root causes of your personality. And become more attractive by exposing yourself to new experiences.

Inner Confidence is a men’s lifestyle self-help service provider, founded by Robbie Kramer, with a suite of products and content, including coaching, mentorship, and information products on dating, … END_OF_DOCUMENT_TOKEN_TO_BE_REPLACED