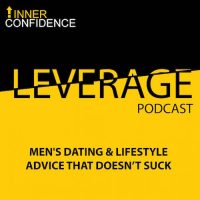 On this episode, Robbie interviews his long time friend, Jordan Harbinger, an American radio personality, podcaster, voice actor, journalist, lawyer and businessman. They discuss his journey starting as a law student at the University of Michigan to becoming one of the most recognizable voices in podcasting who has conducted interviews with the likes of Kobe Bryant, Frank Abagnale, Malcolm Gladwell, Dennis Rodman and many other famous and successful individuals…

Jordan has hosted a top 50 iTunes podcast for over 12 years and receives over six million downloads per month, making The Jordan Harbinger Show one of the most popular podcasts in the world. The show was awarded Apple’s “Best of 2018” and is one of the most downloaded shows of the year. On The Jordan Harbinger Show, Jordan deconstructs the playbooks of the most successful people on earth and shares their strategies, perspectives, and practical insights with the rest of us.

157 episodes
Ready to take your lifestyle to a whole new level? Discover all the benefits of upgrading to a Leverage Membership.

Inner Confidence is a men’s lifestyle self-help service provider, founded by Robbie Kramer, with a suite of products and content, including coaching, mentorship, and information products on dating, … END_OF_DOCUMENT_TOKEN_TO_BE_REPLACED